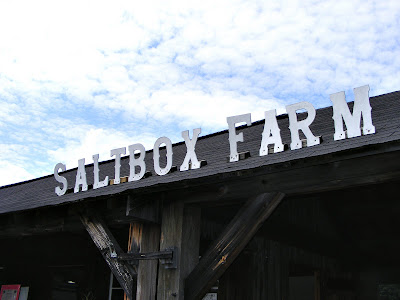 The day before we picked the girls up from Camp, Brent and I took the opportunity to go pick Blueberries one more time (we picked the week before also). This time we went to another local Blueberry farm called the Saltbox Farm. Located along on the main road of Route 33 in Stratham it's an easy find.

One of the first flowers I saw when we arrived were these pretty little pink Sweet Peas growing amid the tall grass. They appear to have spread on their own, mixing in with other varieties of flowers. 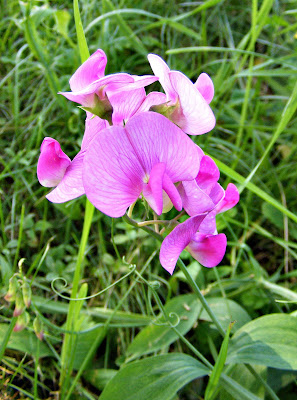 You can't tell by the pictures but the Saltbox Farm is quite large! The rows of Blueberry Bushes go on and on. Bob and Irma Goodrich have owned Saltbox Farm as long as I can remember and are the nicest people! Mr. Goodrich was telling me how I missed a good picture that morning of a Heron being attacked by a flock of Turkeys. Quite frankly I'm glad I didn't see that one! He was sorting out Blueberries and putting them in boxes to sell, while Mrs. Goodrich worked in the building weighing up berries customers had picked themselves. Both of them are always willing to chat for pretty much as long as you would like : ) 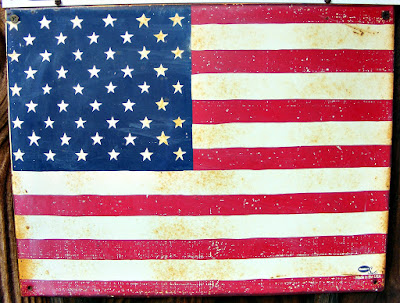 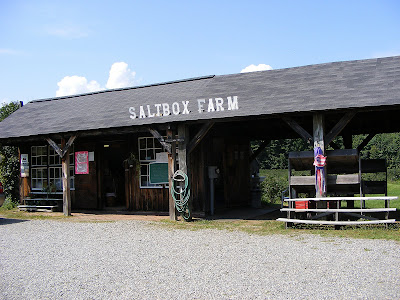 Below are the buckets used for picking. Brent and I made sure to buy some fresh peaches also! Doesn't a Peach - Blueberry pie sound good? Well I didn't make one. 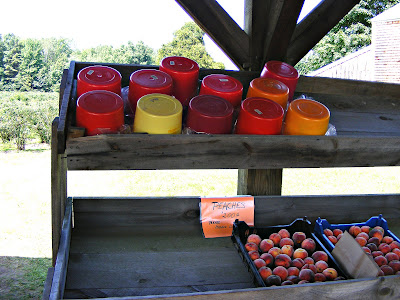 Man he's skinny! Look at his shoulder bones sticking out! Lift some weights will you Brent? 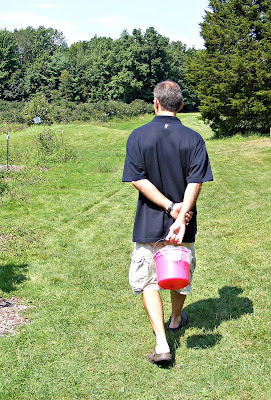 Good thing for Crocs! It was wet and muddy from all the rain we've had. 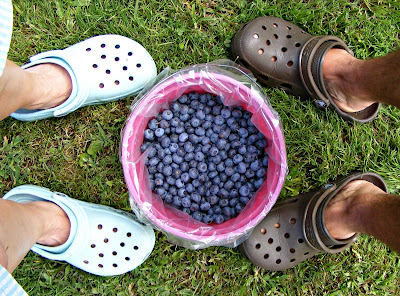 And here I am, holding all our berries after we combined our buckets. You want to know what all those Blueberries cost? About $7. You can't beat it! 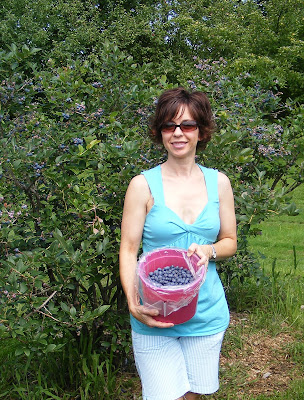 These gorgeous Sunflowers were growing up near the back of the building. You can see how tall they are since I had to look up at them! Of course I'm only 5'2" so I guess that's not saying much. 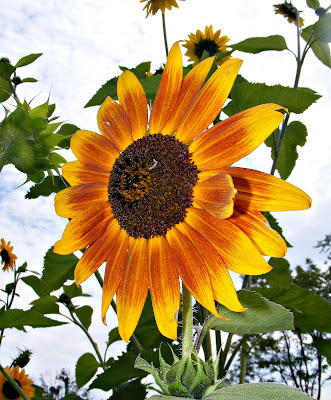 I don't know what this used to be but it's kind of interesting! The cone is about 3" high so it's not a small flower by any means. 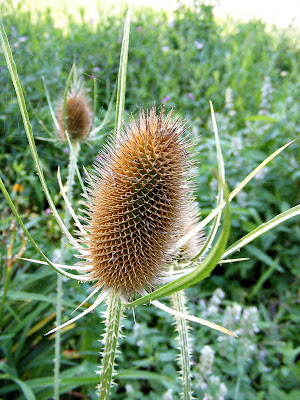 A close up of our delicious Blueberries! I hope to get out to pick at least one or two more times as the bushes are still loaded with berries. With all the rain we've had it's been a great year for fruit. My older daughter wants me to make a Blueberry Pie so she'll have to get her little self out there and pick with me! 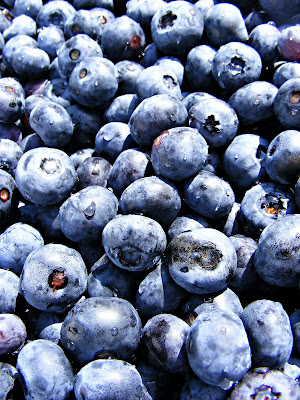 Thanks for coming along!

I don't think I've ever seen a sweet pea in person, Sharon! They are really pretty! I'm also glad to see that your Crocs have a function because they always lack something in the fashion area - LOL! Great for the beach and blueberry picking! I can almost taste those blueberries from here. Enjoy them!

You know what Laura? I'm not sure I've ever seen one before either, except on my Wedding cake! lol!

Yes, Crocs aren't the most lovely things are they? But they sure are comfy. Of course this year they made the high heeled Croc ... sure to be a hit on all the runways ... not.

I bet you made some blueberry pastry thingy with those. sigh.
xxooo

Here I am jumping over to your blueberry post in November 2009! I picked them myself for the first time this year and ate lots while doing so.
Your unidentified seed head is teasel - has a pretty pink flower when in bloom.