It may have taken a while but we finally have some Glory in the Mornings. And what Glory it is! 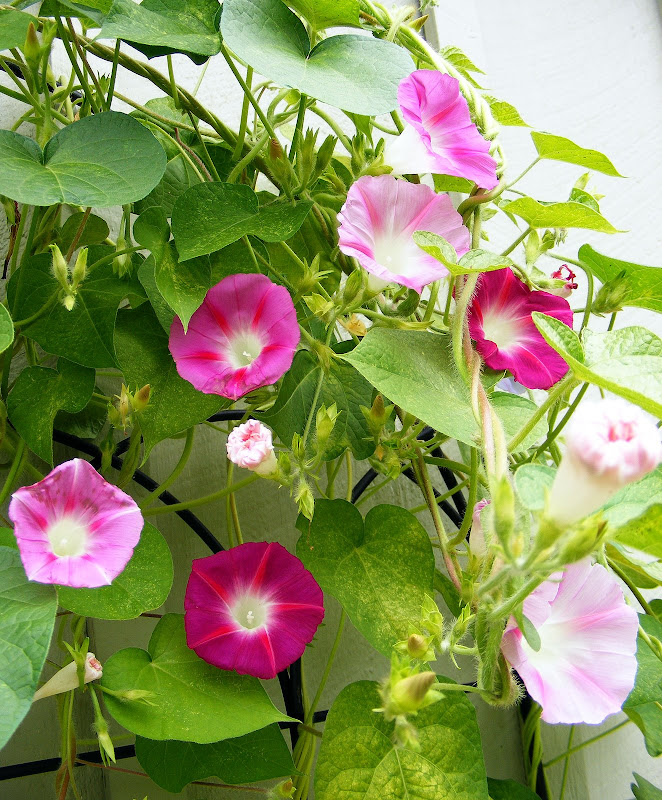 At first I thought just my plants were late, but then I realized as I'm driving around, looking at other gardens, that their Morning Glory's just recently started blooming as well. I had no idea they bloomed so late in the season. 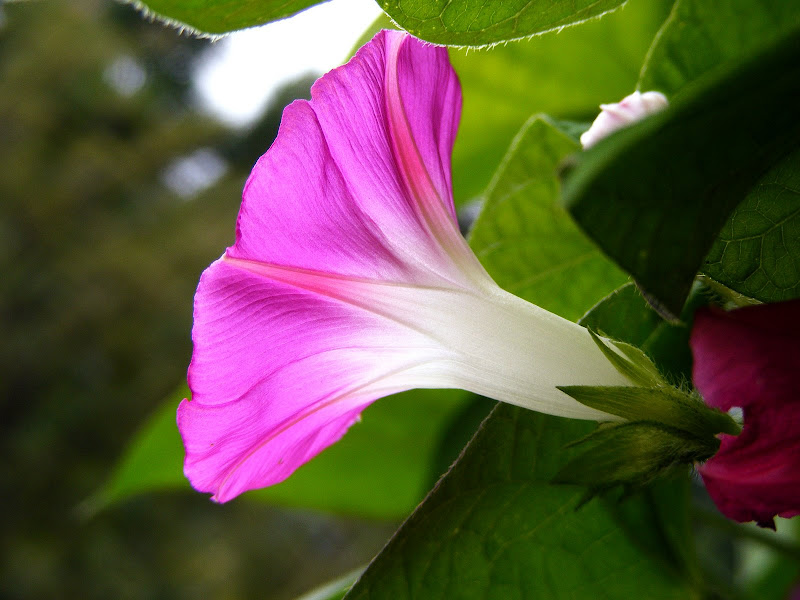 The seed container says Morning Glory, Giant, Mixed Colors. So far I have determined there are 5 different colors/varieties though they are all Pink or Purple. The flowers really are quite beautiful. As to whether or not I'll plant them again next year (though I hear they resead themselves quite easily), we'll see. And if I do I'll probably put them out by the pool instead of up close to the house. I'd like a vine type plant that flowers during the Summer months for the Hummingbirds! And my Hummingbirds are long gone. 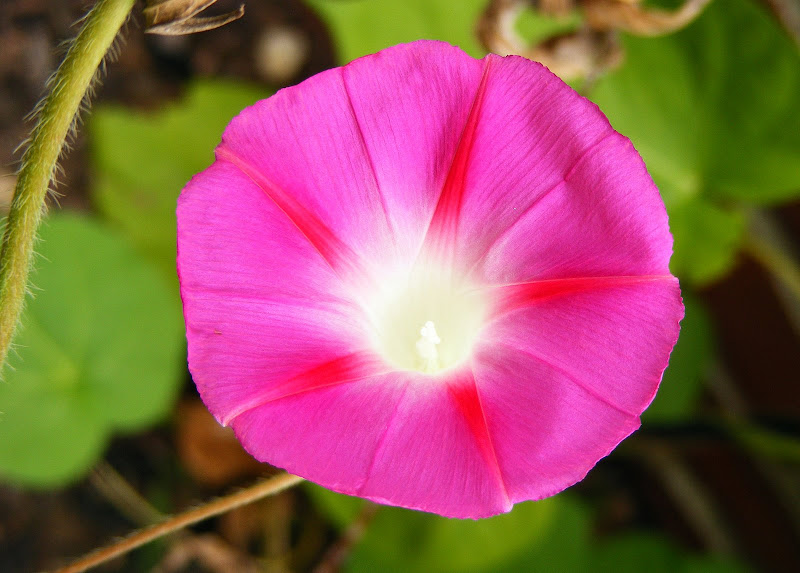 Oh, they are so beautiful and looks like they were worth waiting for. The pictures are gorgeous!
Enjoy you weekend!
Beth

They are so pretty Sharon. We have a wide variety of colors here. I actually did a blog on them some months back.

Sharon - you've got them for life - LOL! We had them down by the garden and even after pulling them up, they show up every year. Very pretty pics!

That last photo is stunning! So nice to have something begin just when you thought things were winding down.