A Day at the Beach!

Look at what we saw perched on the lines over the water right after we arrived at the beach ... a handsome Belted Kingfisher! If you've never seen one be sure to check it out HERE to view close up photo's of both the Male and Female. They are really a unique bird species. 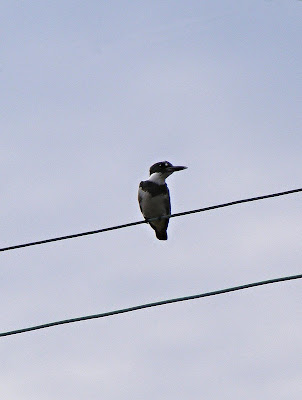 WOOHOO!!! Mom didn't tell me we were going to the beach! My favorite place in the world! 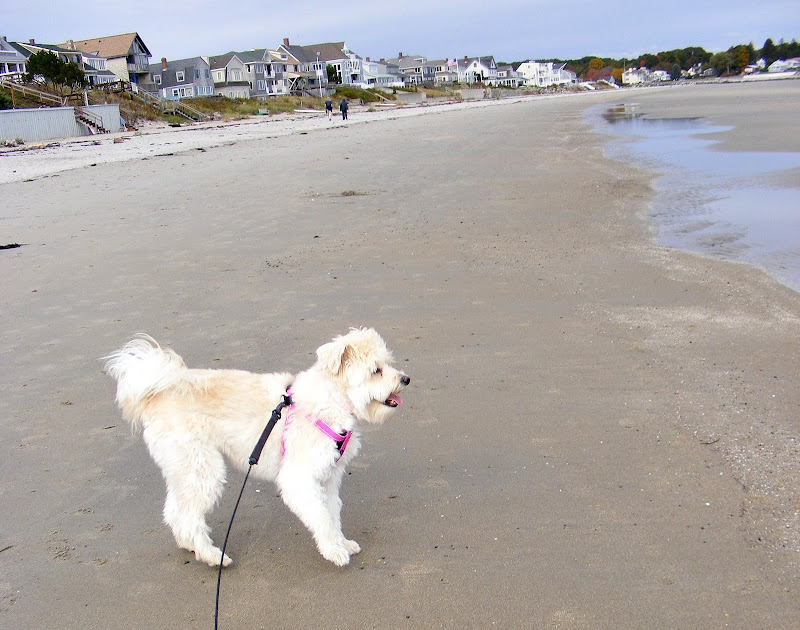 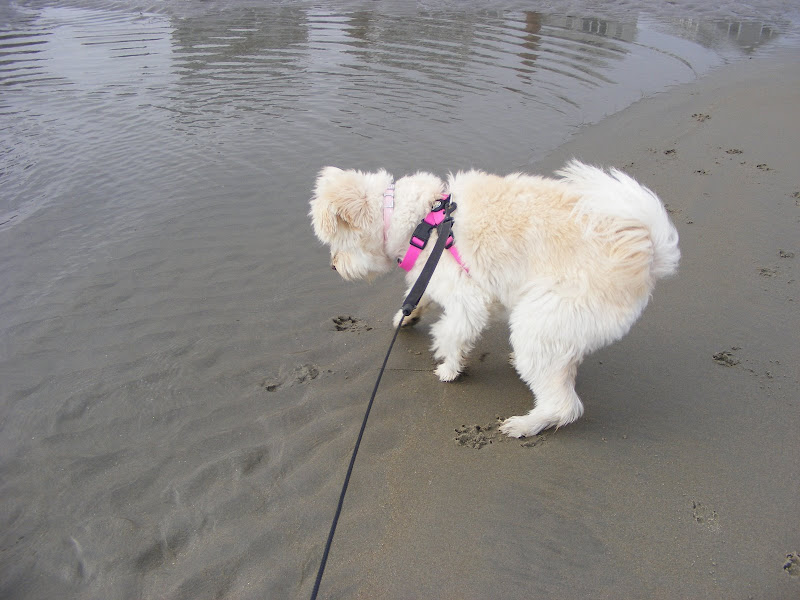 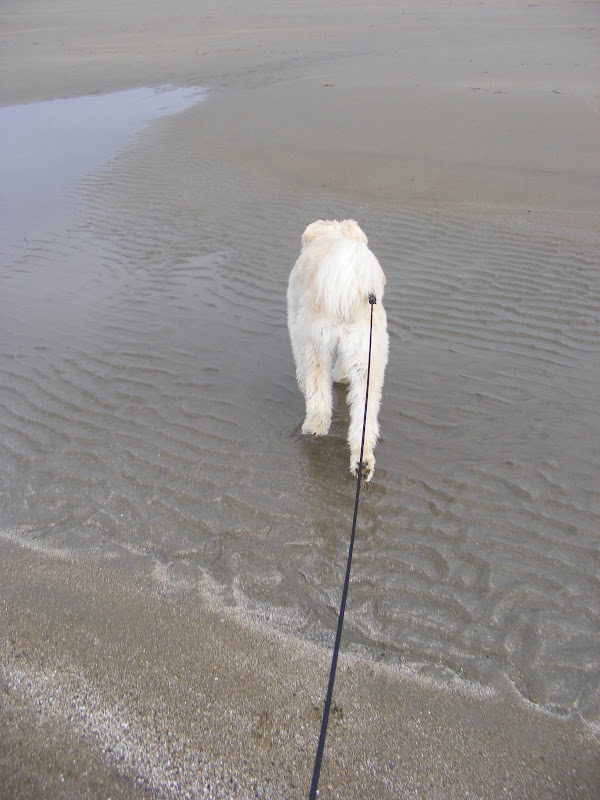 First Mom and I have to model for a bit. I'm quite the beach babe, wouldn't you say? No bikini or waxing necessary! The boys like me hairy. 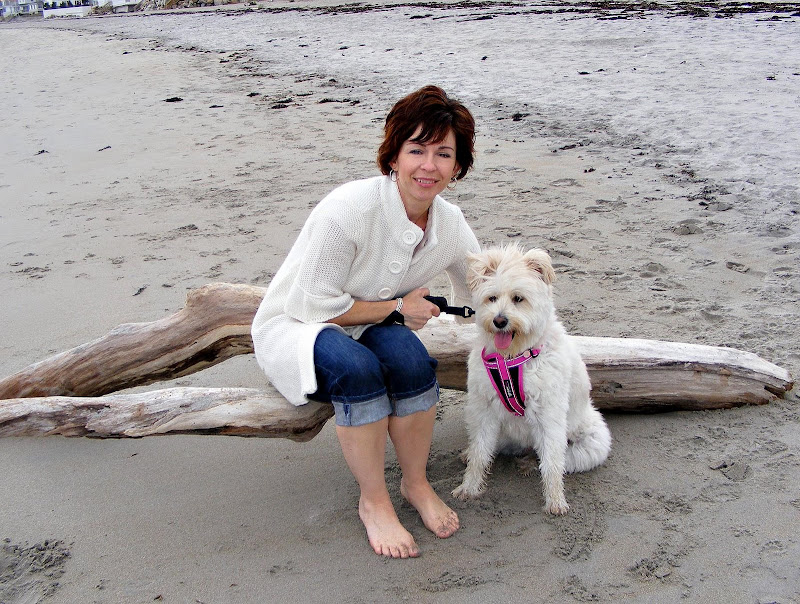 More modeling, only I'm not in this picture (who knows why because I should be). Isn't she pretty? Elise and I had fun running together. She even drew my name in the sand! 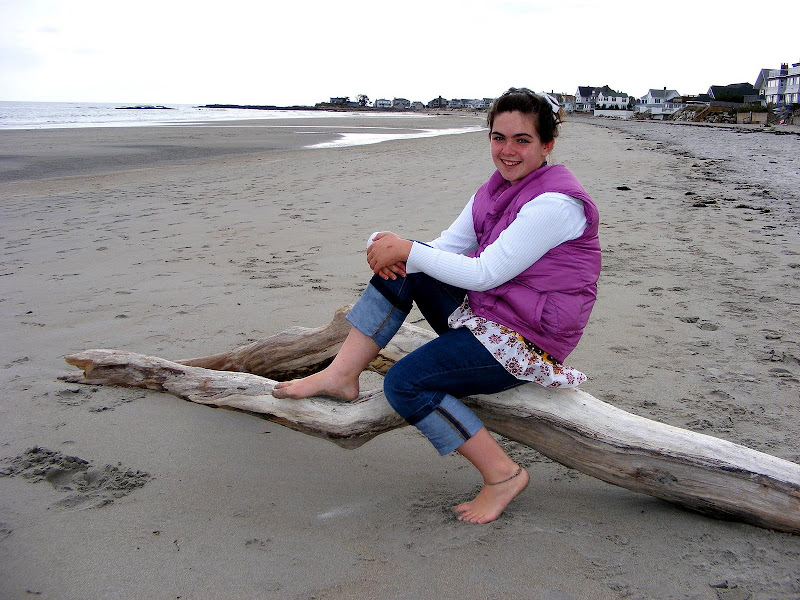 Mom and I always like to come to the beach during low tide, that way there's plenty of room to roam. Of course she doesn't always plan very well, but today she did okay. 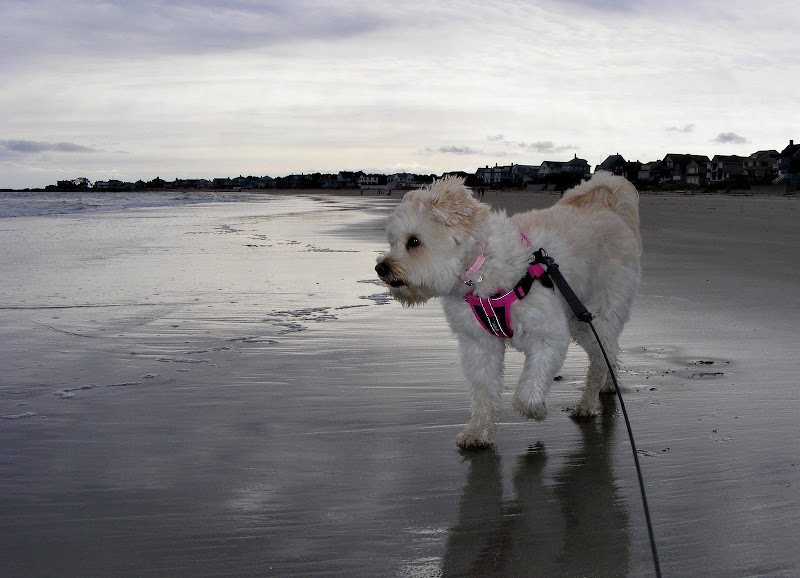 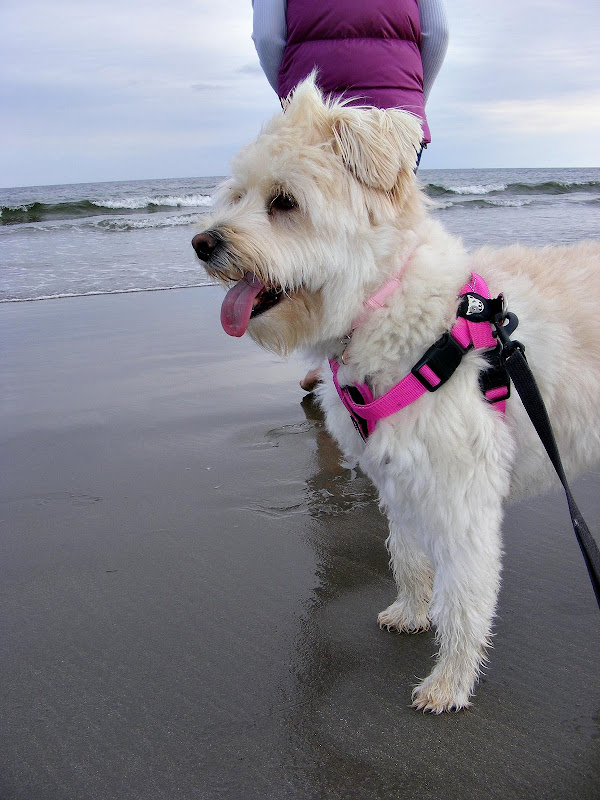 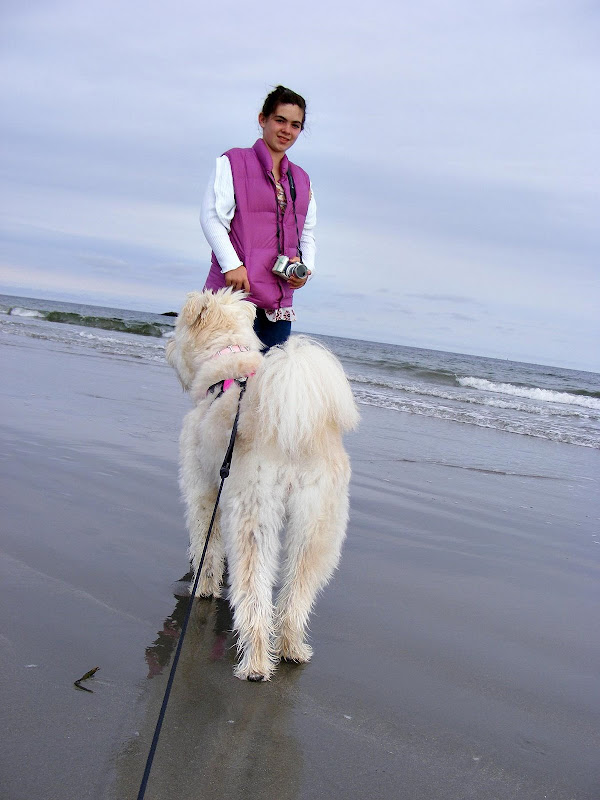 Oh gosh, what's that! Is there something in there? Is something moving? Is it going to attack me??? 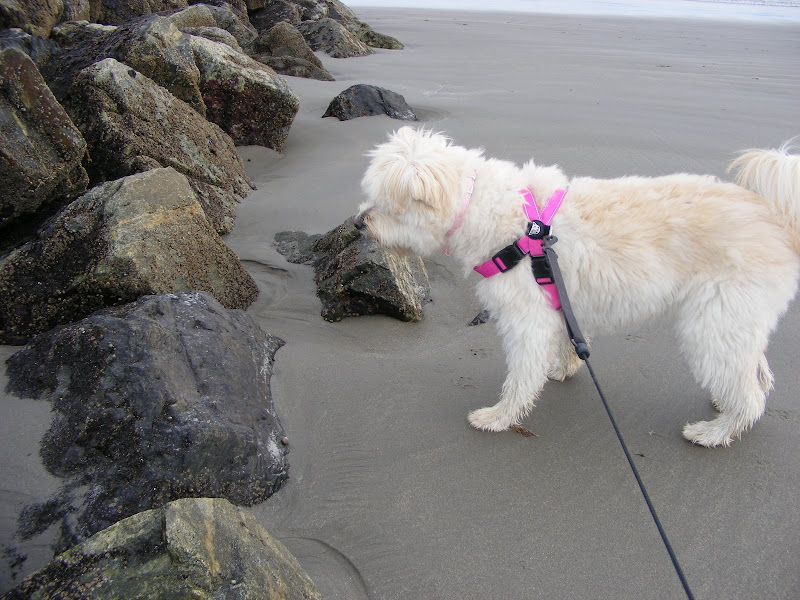 Seriously, what IS it! I don't like new things at all. They make me sooo nervous! 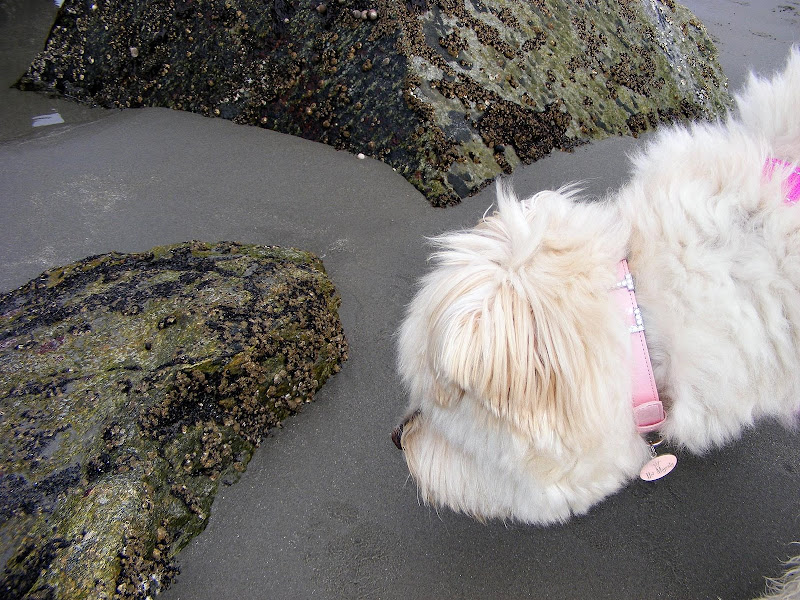 Mom says it's okay so I guess I'll have to trust her for now. Man I sure think those barnicles look scary though.

There's Elise again! She and I were so happy to have mom all to ourselves for a little while. That doesn't happen too often! 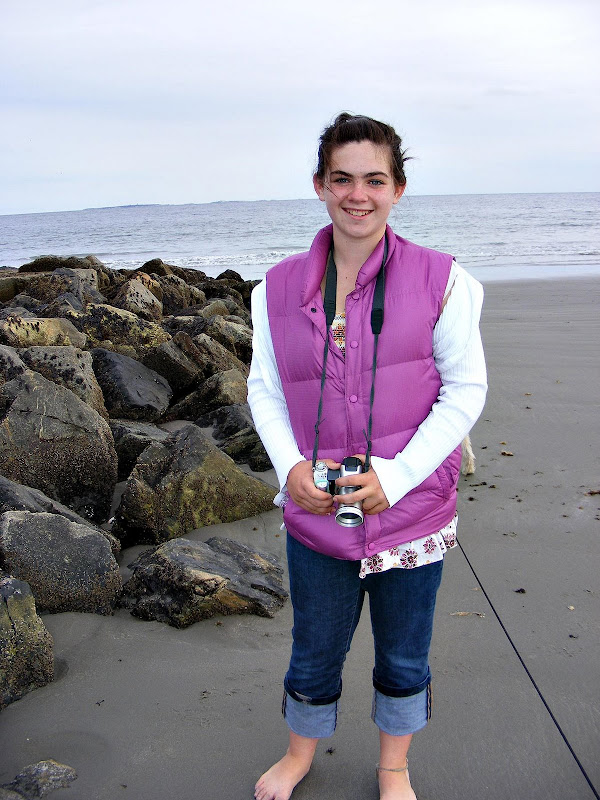 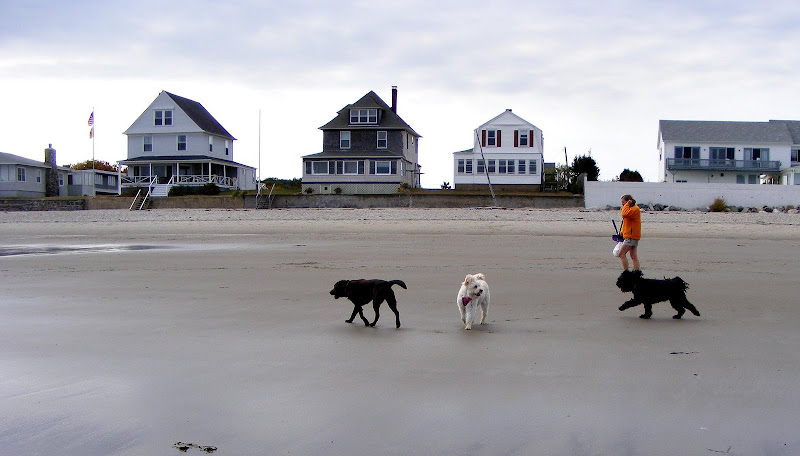 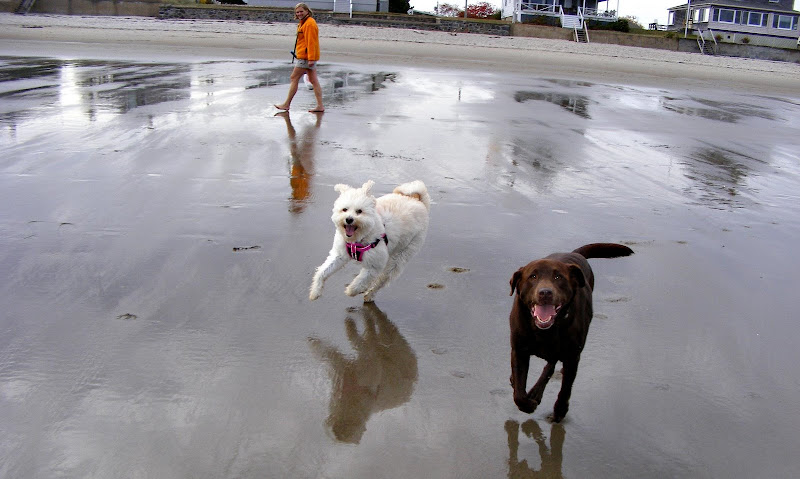 We really weren't even to sure we liked each other at first, and I never caught her name, but us ladies know how to sniff things out. 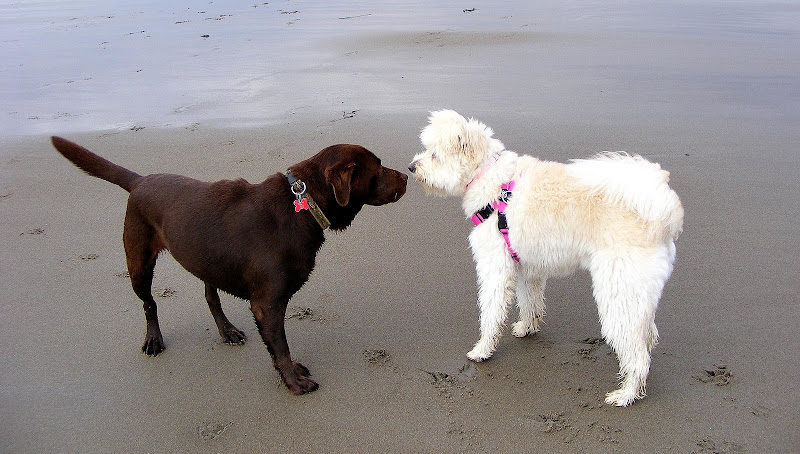 This little Puli's name is Adesh. She was pretty chilled and seemed to like everyone and everything. She even came with two girls around Elise's age! They kept calling, "Adesh! Adesh!" which they said means sweety, or something like that. 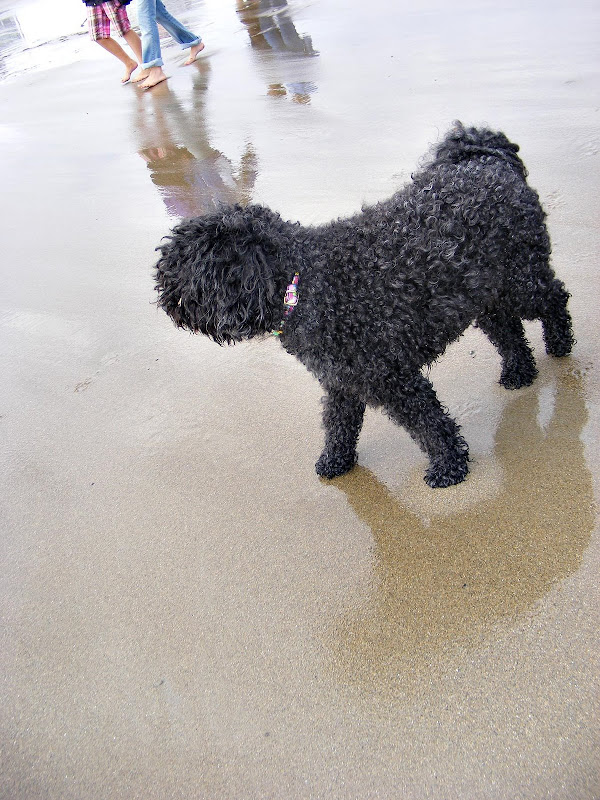 I'm going to sleep good tonight! This has been the best day I've had in a long time!

And what you don't see is that after we went home, Elise made a big leaf pile for Winston and I to play in! Mom said it might help get some of the sand off my feet.


If only everyday could be this good : )

Shell in your Pocket said...

What a cute dog..she love the beach, too!
-sandy toes

My fave picture is seeing you run on the beach - what fun! A perfect day for a dog to have fun!

LOL so cute...I bet dogs LOVE the beach...I guess I need to take my furbabies there and see what they think! Well....maybe I'll wait until spring. Have a marvelous day!

I love seeing your beck photos...must be so much fun with a dog too. And your lucky, it was 5 celcius here yesterday - can you say BRRR.

And I cannot help it, but here is today's Hungarian lesson, Lily's little Puli furriend's name does mean sweet, however it is spelled édes.

Oh, it's been forever since we've been to the beach! What a fabulous day!

She is a beautiful dog and I enjoyed her antics at the beach hanging out with you and Elise. Cute models!
It made me miss all wonderful companions we have had over the years, especially my last one Moby which was an apricot minature poodle.
We enjoyed being around Tanner, our son BIG black lab who went on all of our walks in VA. Loved your beach pictures and the cute commentary.
~Beth

Judging by the pictures I would say it was a perfect day!!

I love the beach! Your so lucky to live close to one. Your dog is so cute! I guess those barnicles were scary!! Great post. Kristen

that was really cute!

It really was a perfect day. A little chilly, but overall just wonderful! Lily loves to find big shells and carry them around in her mouth so we made sure to bring one home for her : ) You can't help but see the pure joy on her face when she's running with her new friends.

For anyone who doesn't know, Lily is my soul dog.

That was really cute. I'm a dog lover myself and it's nice to see things from their perspective sometimes. I have a soul dog as well, her name is Christy and I've had her for her whole life--over 13 years!

Aww, Lily is the most happy dog in the world. We remember going to the beach with you once, it was so fun. Can't wait to see you again.
with hugs....

Lily, My puppy loves the beach at low tide too. Less chance of his legs getting wet.
You make a perfect beach babe. They should have named you Gidget.
;0)