Sunday morning with the Osprey 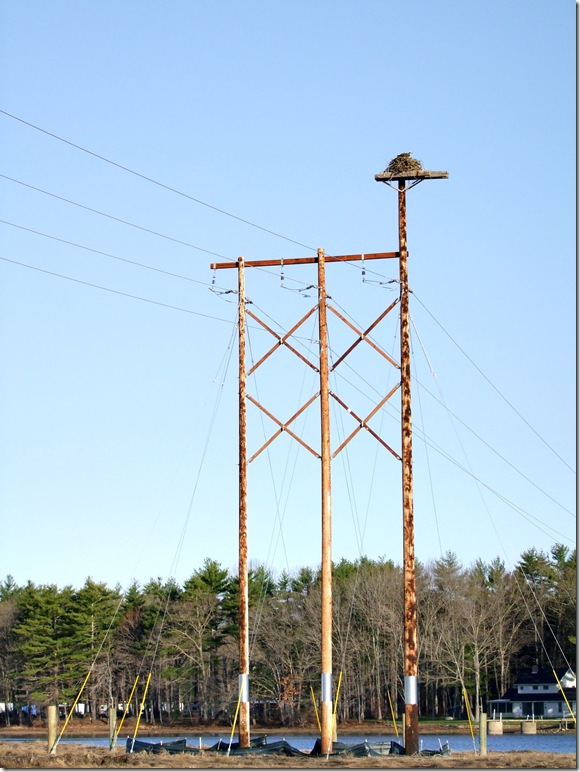 Sunday morning was beautiful, though rather cool, as I bundled up and headed for the local Osprey nest on Squamscott River (Great Bay) in hopes of getting a few decent pictures. About a week ago I noticed the pair had returned to the nesting site, and from what I could see from the road, seemed pretty active. Sure enough . . . 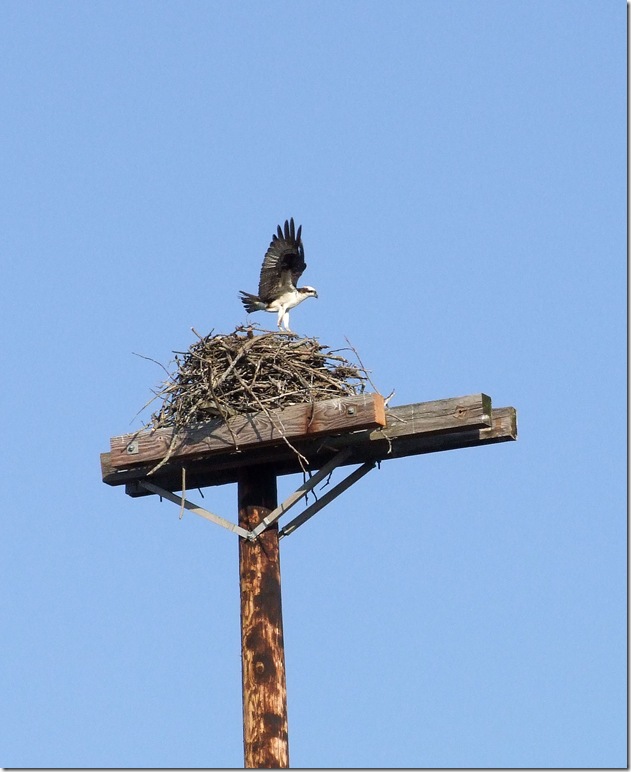 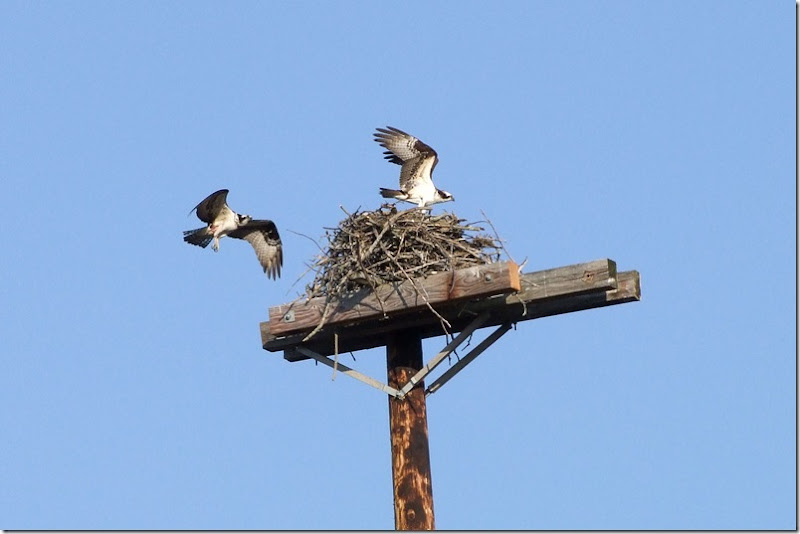 What gorgeous birds to see up close. I was in awe of their size and the sounds of their wings flapping as they flew overhead. Incredible! 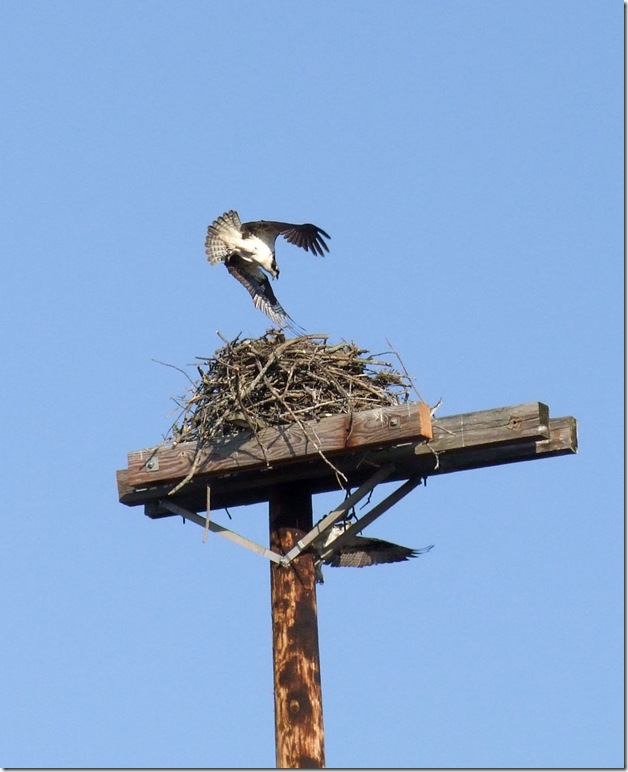 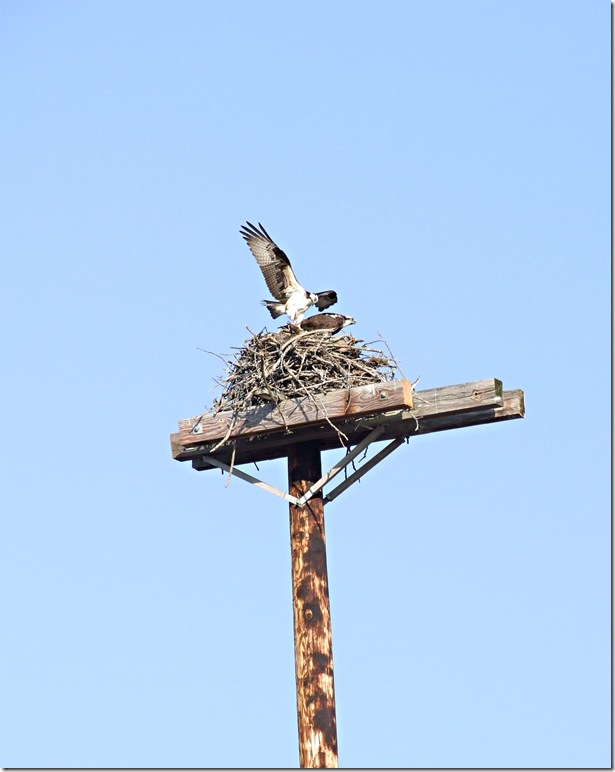 The Osprey are obviously still in the breeding season as he demonstrated several times during my visit. One can only hope this will be a successful nesting season with fledging young.

According to the Great Bay Osprey Stewards, who monitor all the local nests (I had no idea there were so many in the area until I did some research), last year was the first time this nest has failed to raise any young in it’s 16 year history. 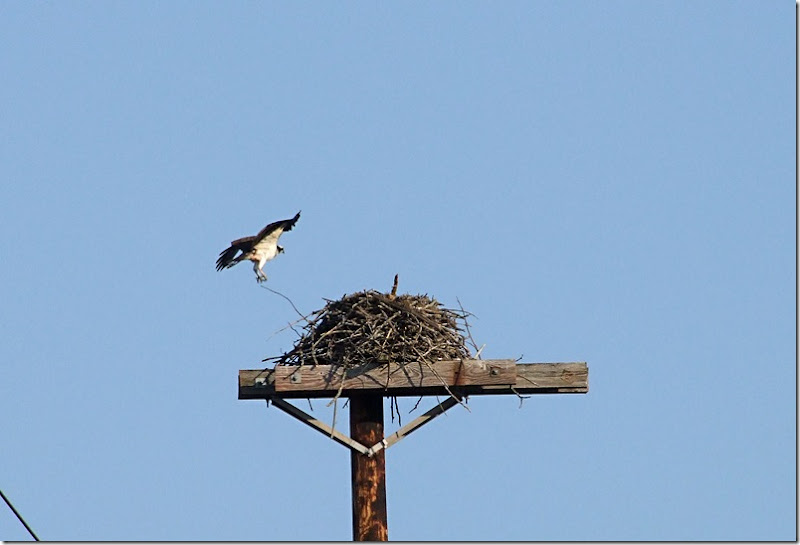 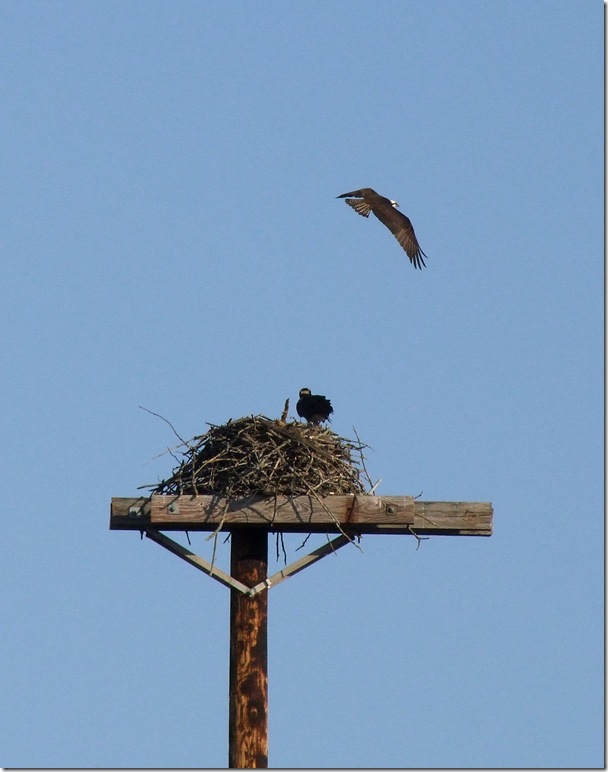 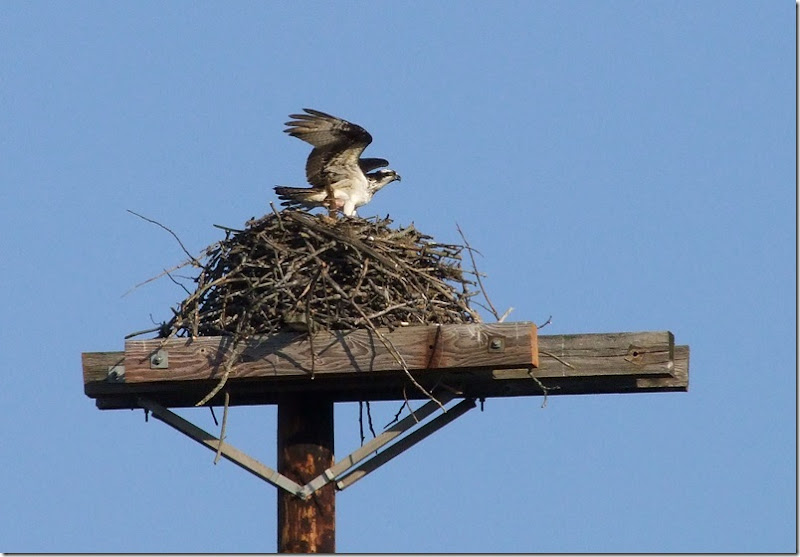 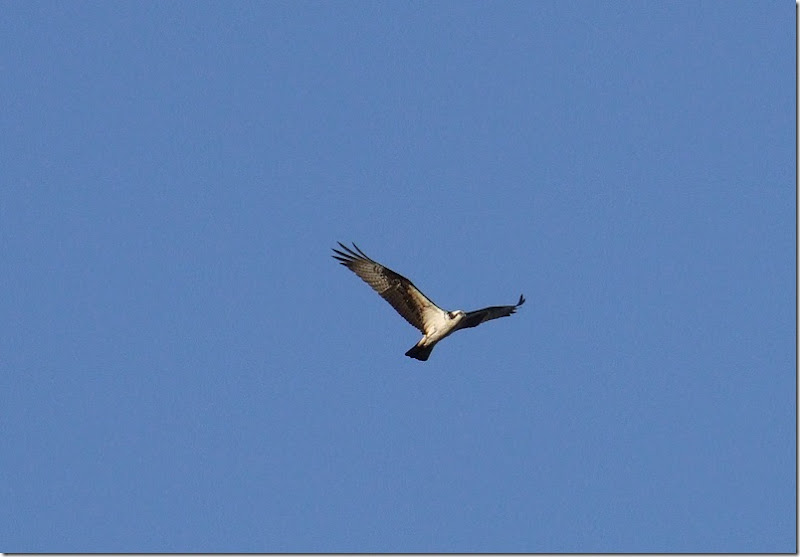 Several times the Osprey flew off into the distance and returned carrying a long piece of grass to add to the nest. Things need to be spruced up just right after a long, harsh winter 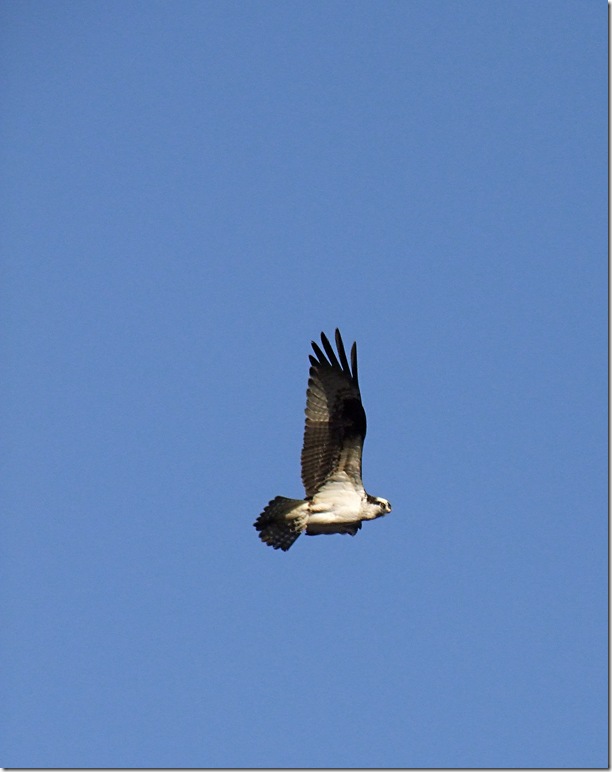 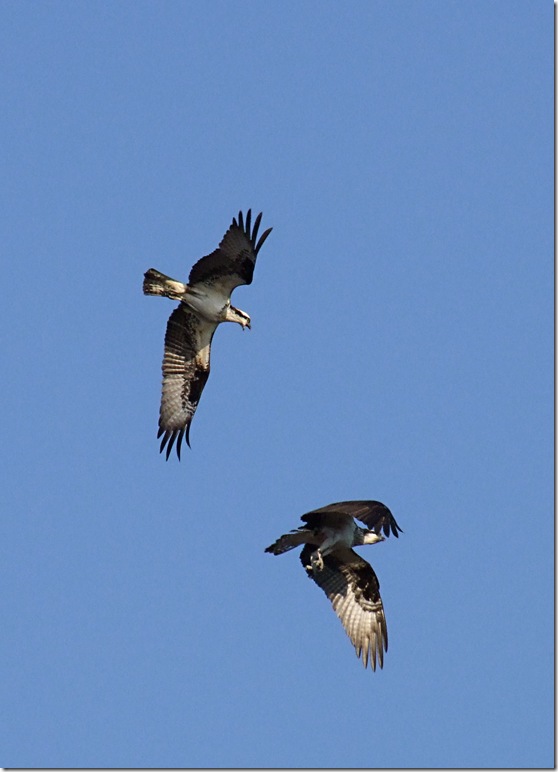