After this NYC post I probably have 2 more to publish, but I want to tell you up front, my pictures aren’t that great. Most all of them were taken on the fly with little to no effort. Usually when I photograph something I like to take several shots and choose the best. That wasn’t possible because my family just kept walking and then I’d have to RUN to catch up. I also had to be careful I wasn’t run over by other people! 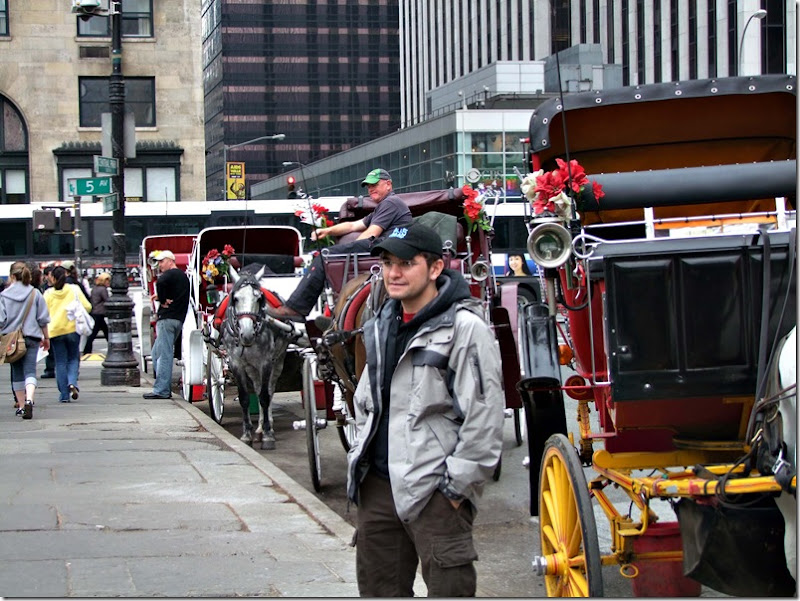 If you’ve been to NYC than you know horse and buggies are a common sight near Central Park. It wasn’t until I arrived at Central Park South that I found where they were based. 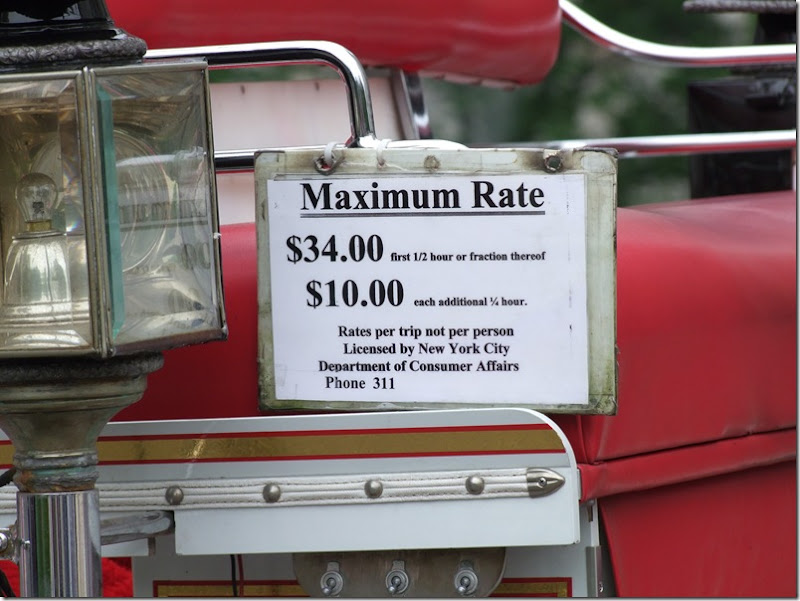 At this price, in this economy, I’m not surprised to see so many of the guys are standing around. At the same time $34 a half hour doesn’t seem like much money when you consider the upkeep of the horse and carriage, insurance, and hourly pay for the driver 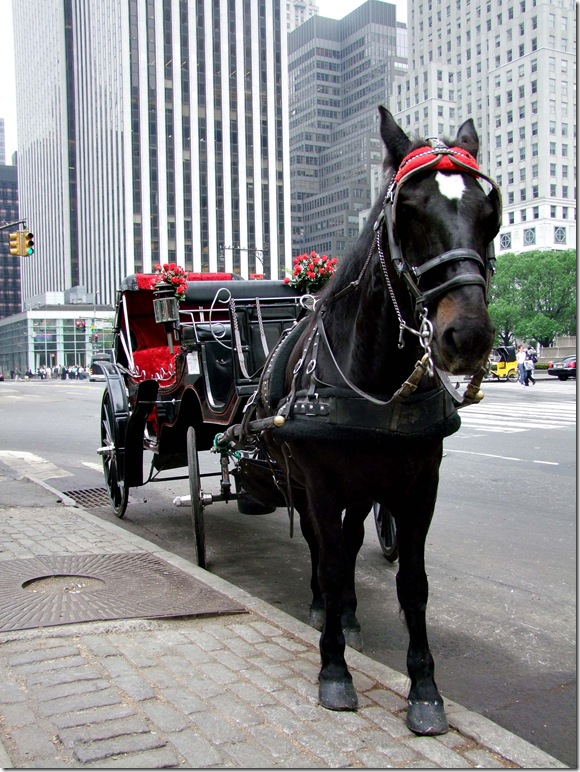 I’m no expert but to me this doesn’t look like the best life for a horse. I wonder if they always have flowers on the carriages or if it was for the Kentucky Derby the next day? 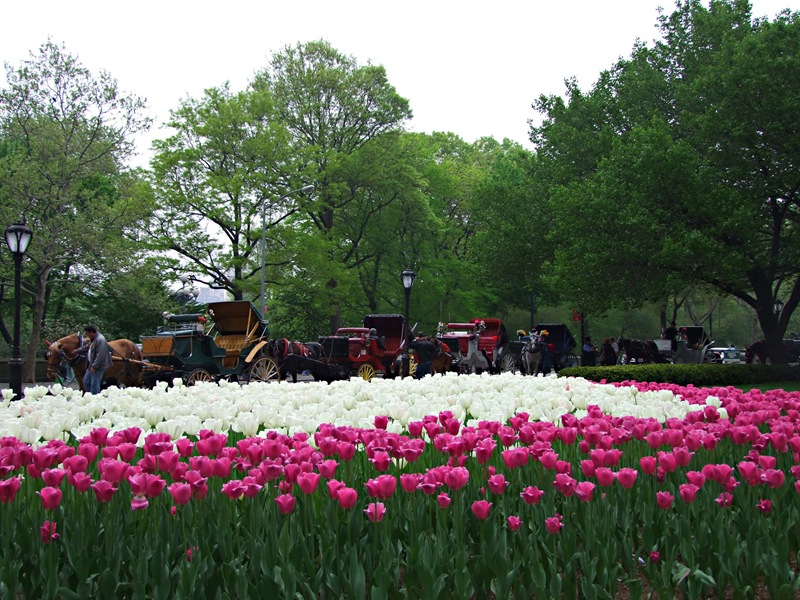 There were plenty of carriages to choose from 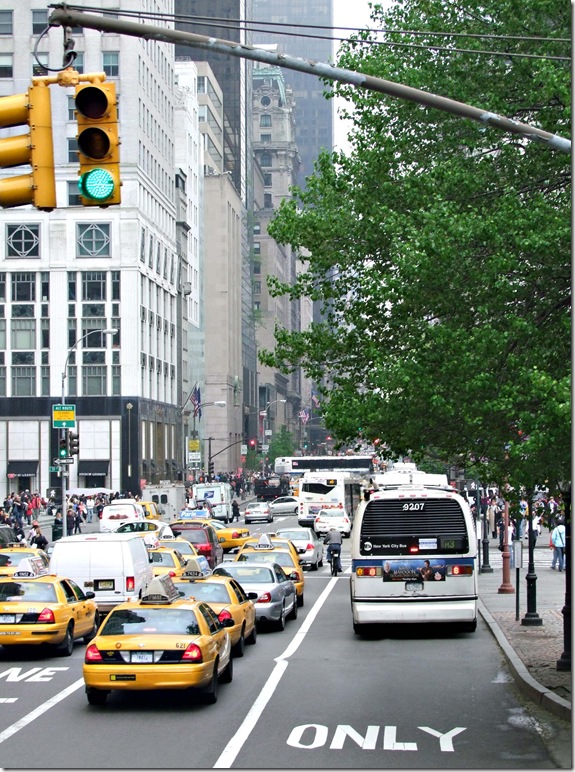 On 5th Avenue looking downtown from the carriages (it appears like the line guy was having an off day. Oops!) 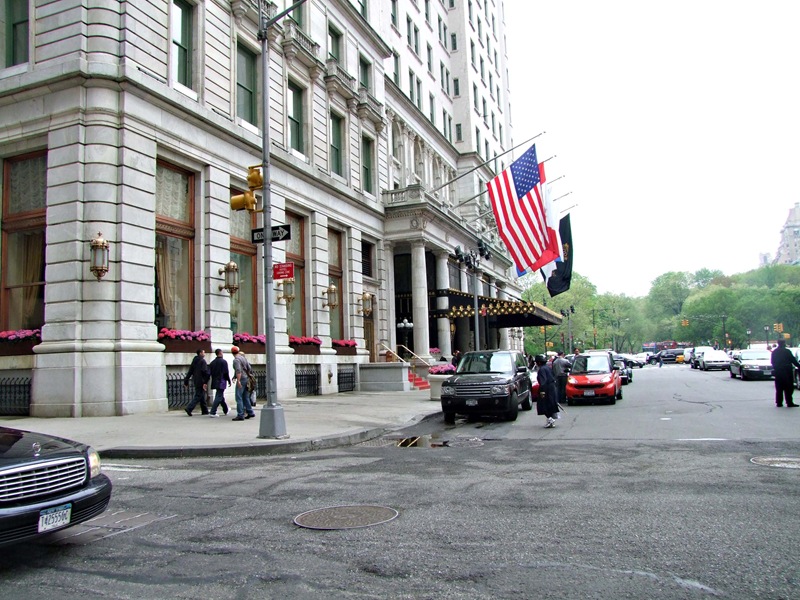 (sitting adjacent to the carriages) 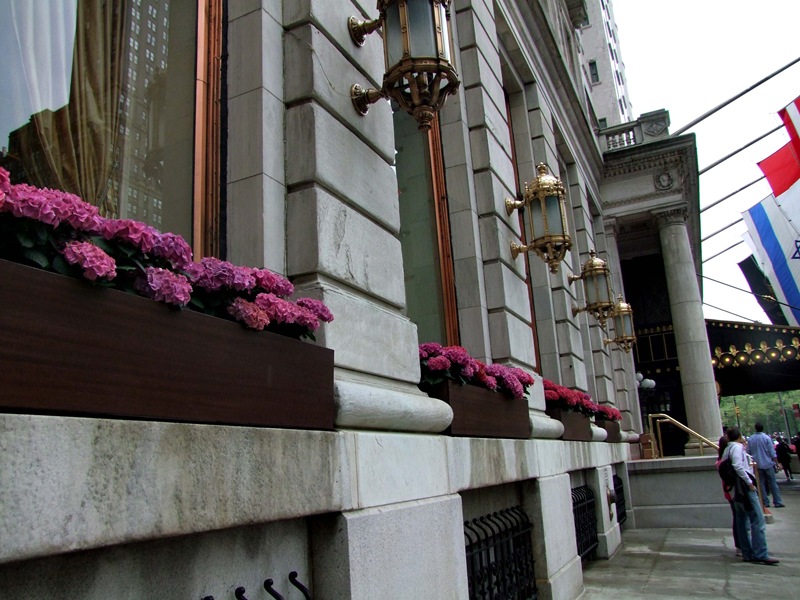 Aren’t the Hydrangeas in the window boxes beautiful? They were all real too, going around both sides of the building. 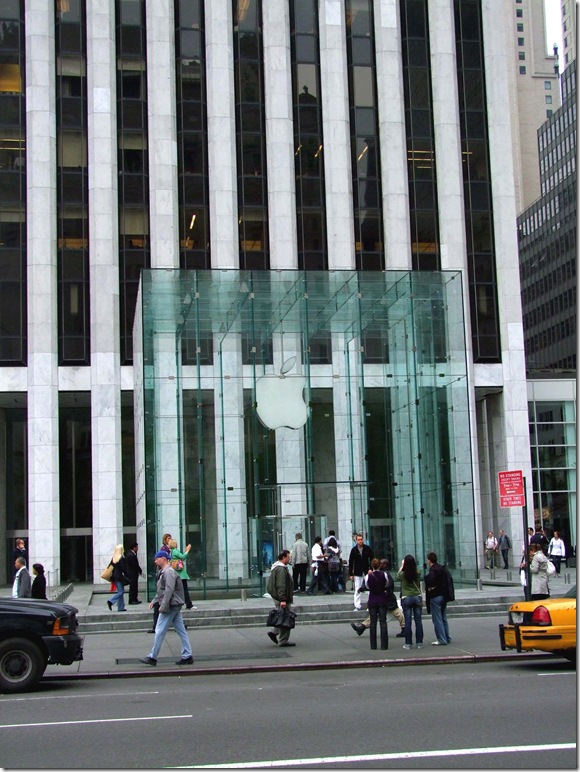 Just across the street from The Plaza, and in front of FAO Schwartz (to the right) is the one of a kind Apple store 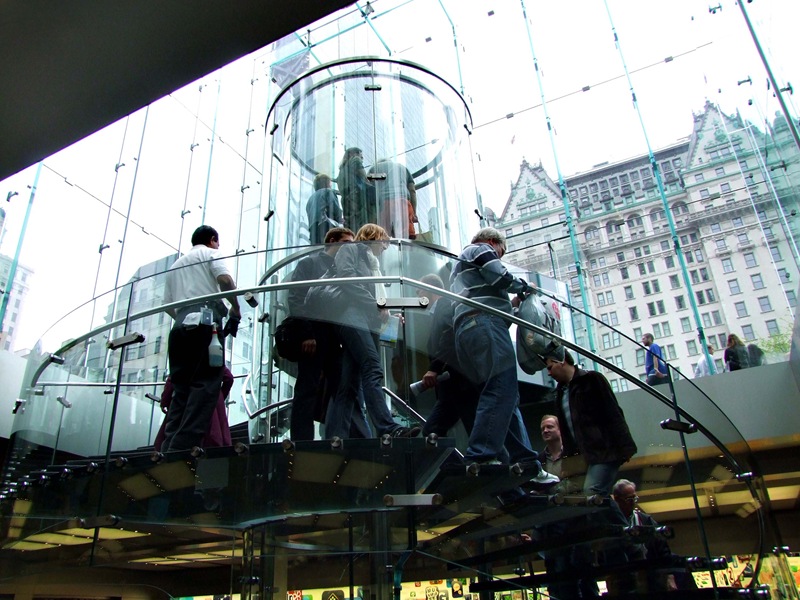 Looking up from the bench I was sitting on. For a photo of the inside of this very unique store click here. You can also find more cool pictures of the store here. 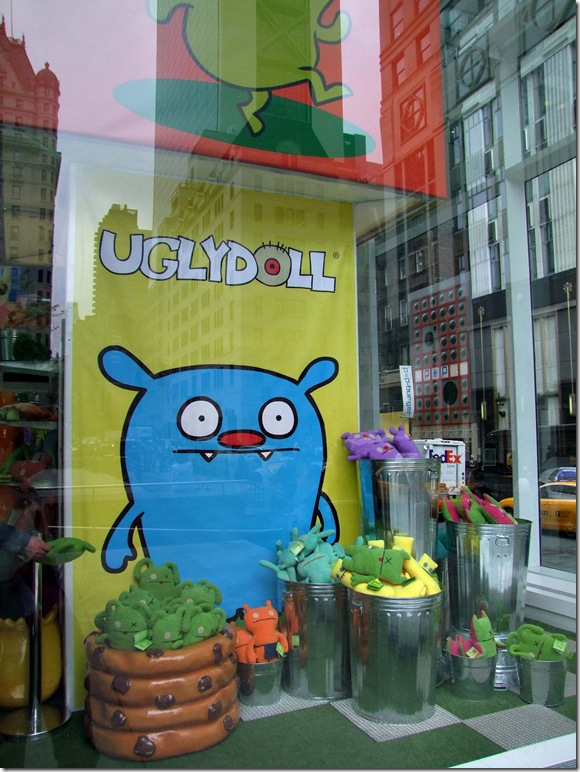 An Uglydoll display in the window of FAO Schwartz

I just wanted to give out a couple tips that we found helpful if you’re headed to NYC for the first time:

* Consider buying tickets to one of the Double Decker tour busses. I know, you’ll feel like the ultimate tourist but I promise you it’s an enjoyable experience. It gave us a good feel of how NYC is laid out and we saw things we wouldn’t normally have seen otherwise, plus most of the tour guides are very knowledgeable of the city. If there’s a place of interest you would like to investigate further, say Central Park, just get off the bus, mosey around for a half hour or so, and hop back onto the next bus. The busses run constantly so you won’t have to wait long. It will save your feet immense pain and it’s more fun than the subway. We chose Grey Line New York. I bought the 2 day, All Loops Tour passes for $49 each. Children under 11 are $39 each, and they would love it! I’d like to thank Nikki over on Blah, Blah, Blah, Blog for all her help. She was instrumental in giving me tips!

* Drink plenty of water! Walking so much and being busy you can forget to keep hydrated. Very important stuff!

Today Show (some great video’s with info about visiting NYC)

Crown Plaza Times Square: This is where we stayed and were very pleased with the room and staff. Next time we’ll be staying someplace outside of Times Square just because we’ve been there, done that.

And get your Statue of Liberty/Monument Access passes early!

* If you agree with me and think the horses should not be made to work long hours on the streets, in all kinds of weather, with poor care, please consider signing the Petition on this website. You may also send Mayor Bloomberg an email stating why this is an inappropriate life for a horse. Thank you.

I'm really long over-due for a "fix" of NYC. Haven't been there in about 5 years. Waaaaaay over-due! Your shots really bring back good times. There's a great Chinese restaurant about 3-4 blocks up from the Plaza.

Wow what a pictures here. A very nice transportation! Usually when you think of busses you think of the bright yellow ones that you used to be forced to ride on the way to school but not anymore. Although busses are still primarily focused on bringing transportation to a large number of people at a time, they are now shifting their attention to building busses made for luxury and style. They are comfortable and fun to ride and drive.