Last Tuesday when I was out shooting the surf in Rye Harbor I knew for certain the surfers would be out too. They can't resist the great waves over by Fox Point.

Sure enough they were out. Not as many as I had suspected but there were several. Often times photographers with much fancier camera's than mine congregate on the hill to watch and shoot but on this particular morning I was the only one around. 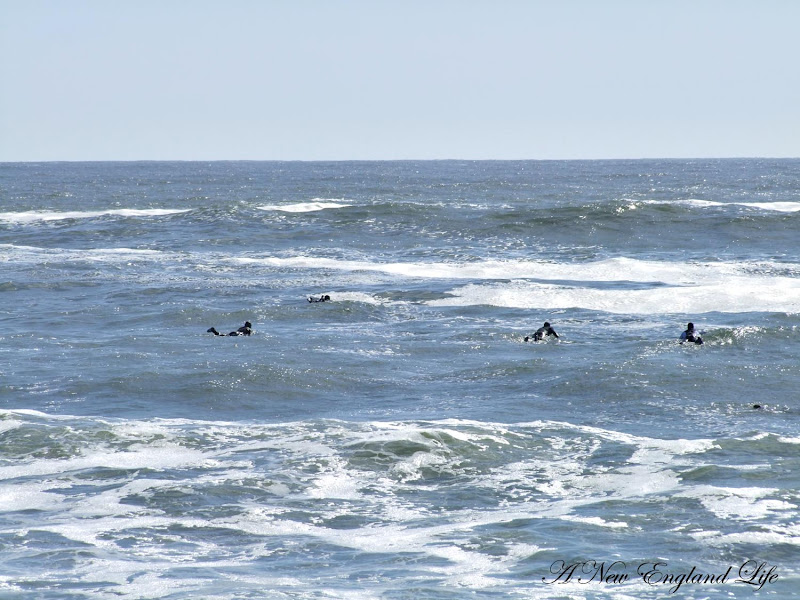 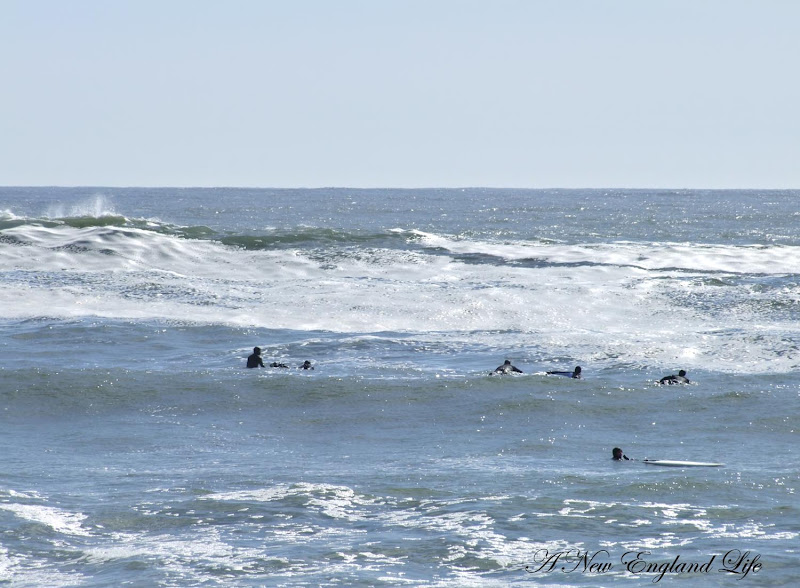 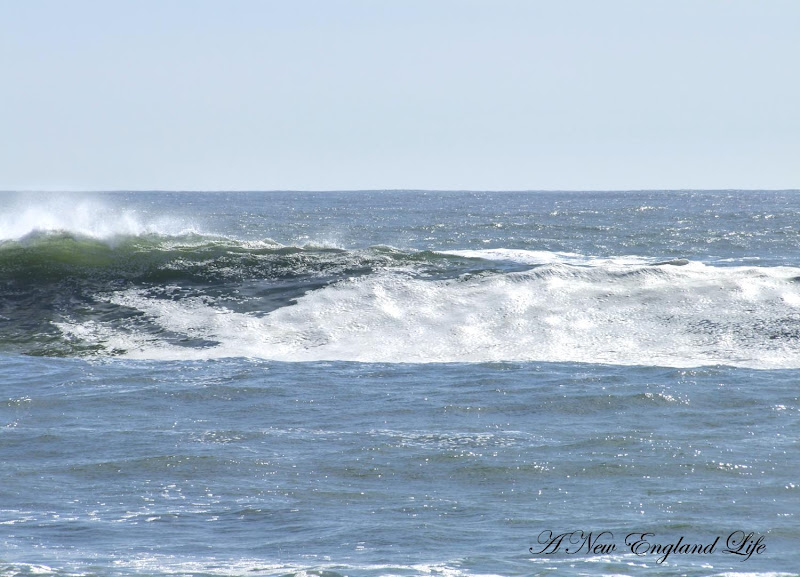 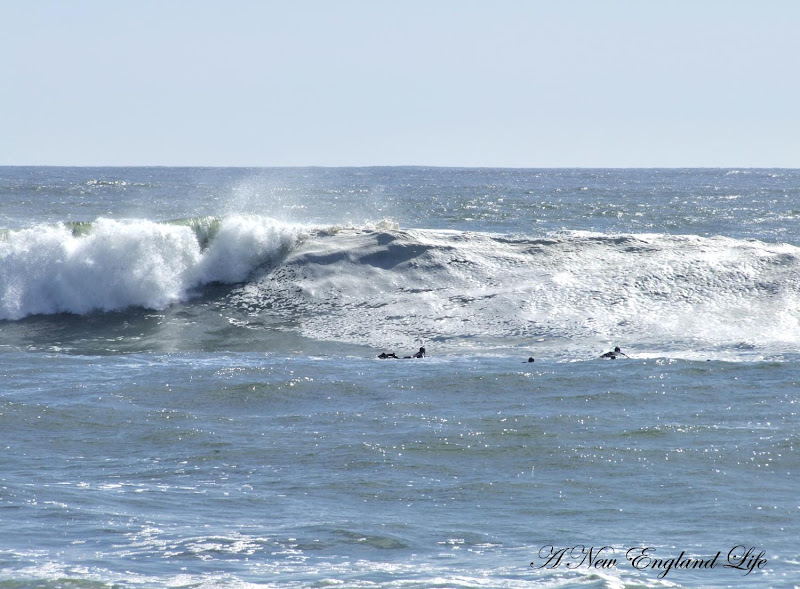 I don't know much about surfing but this looks like a radical wave to me! 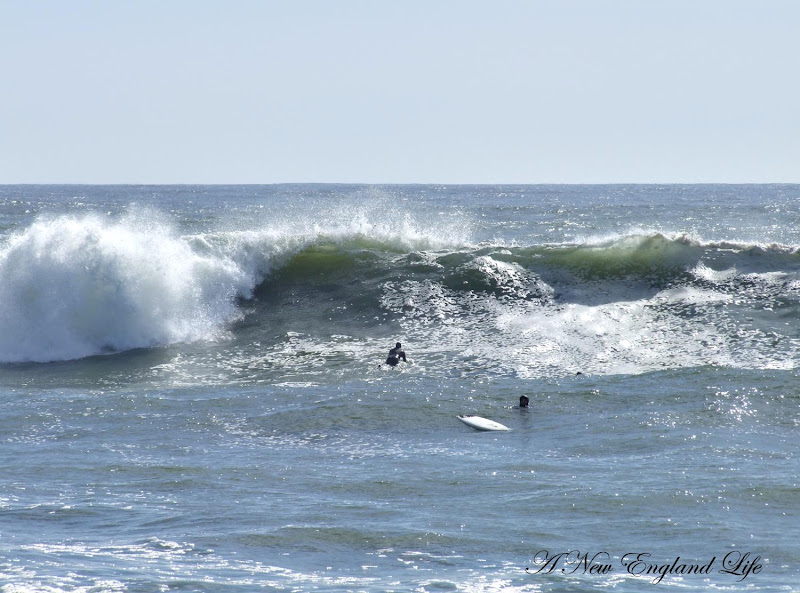 Come on boys! It's a gnarly wave! Shred it! 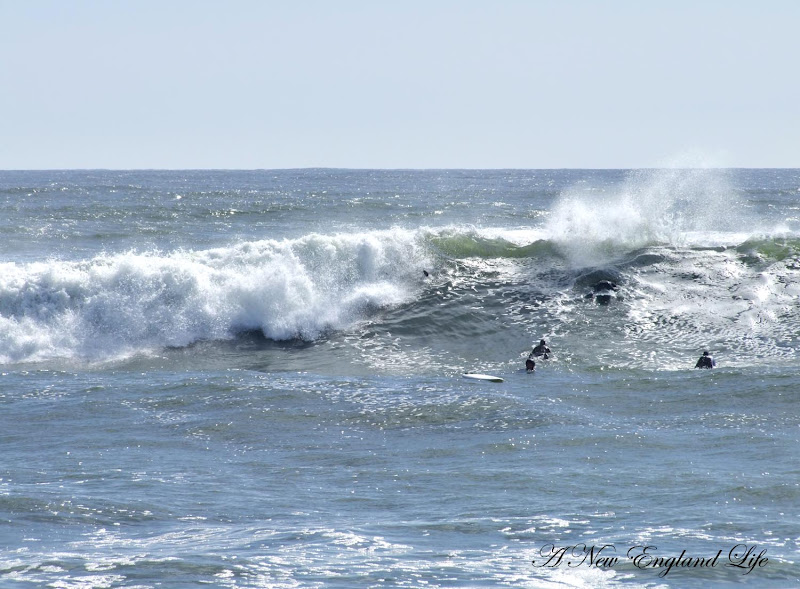 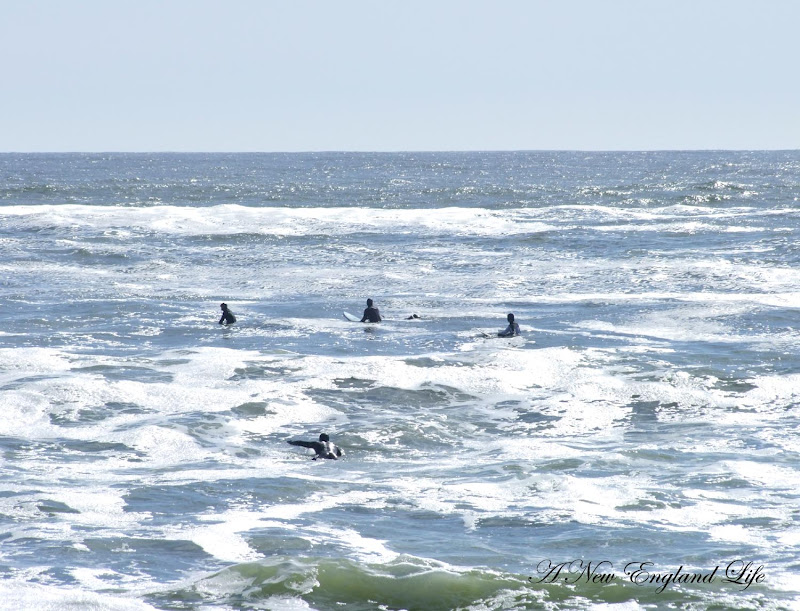 You have got to be kidding me? Not one of them rode the wave!
I waited around a long time and mostly they just kept paddling out, missing wave after wave. As I say, I know almost nothing about surfing and what constitutes the perfect wave, but I would have rode that baby right into shore. You betcha!
; )
Posted by A New England Life at 9:18 AM

Too funny! But I give them courage to even be out on the water in THAT!
Maybe they were a new club learning to surf and that day's assignment was just to go out and paddle to the wave?

Great pictures. I would have been right with you riding that wave in...

Brrrrrrr is all I can say about that!

Brrrr is right! Actually I can't imagine being out in those waves without a life vest on. But if I were THEN I would ride the waves!

Those waves look so scary!! I don't know how surfers do it!

Hmmm...maybe the point is to just go out there and bob like a cork?

Your pictures are as close as I want to be to that cold water! :-)

I can only imagine how cold that water must be. I'd be on the shore next to you...with a camera.

I am amazed, to be in that freezing cold water and not take that wave... maybe they just like to chill?

Something I've always wanted to do on a cold spring morning.

It looks so exhillerating, doesn't it?! I love your photos!

Great pictures Sharon. It must be so cold there, maybe indeed they were learning how to surf.

Talk about being young!!!
That's gotta be Way COLD waters!!!
Maybe it's a Guy Thing.
Better luck next time!

Your pictures are just incredible. Fantastic!

Brrrr...looks too cold for me.

I wonder why they didn't ride the waves! They certainly looked big enough. Great action shots.

Those waves look so foamy and powerful in your photos - great catches!

You are so funny! I wouldn't be in the water, though! Just on the sidelines taking pictures - I'm afraid of water! Plus, hello? Isn't that water freezing at this time?