Where we last left off ... White Island, Isles of Shoals 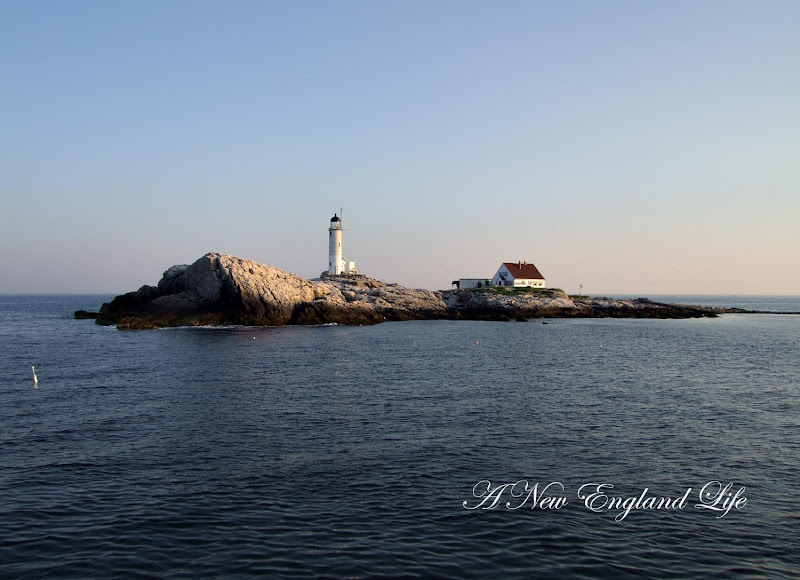 Such a beautiful place, and for many years the home of famous poet, Celia Thaxter, whose father was the lighthouse keeper at White Island. In later years she married and moved away but eventually returned to reside on Appledore Island, also one of the Isles of Shoals. 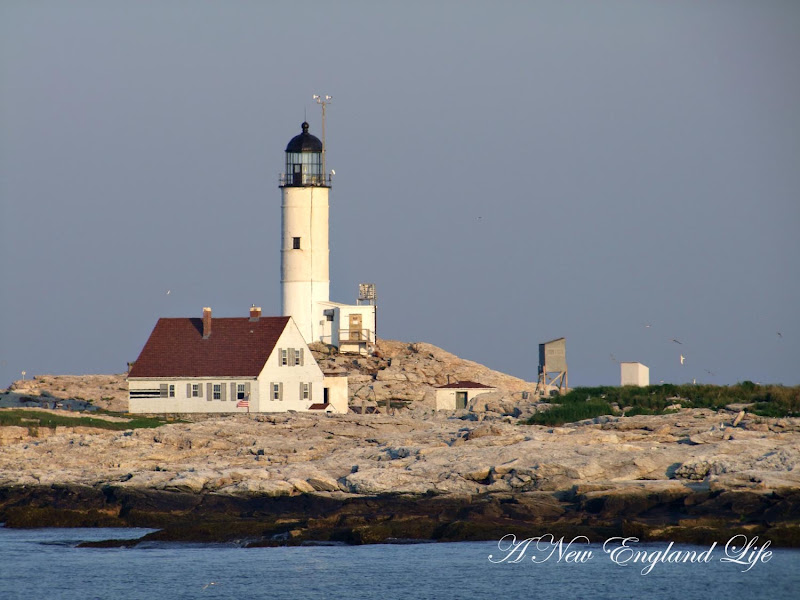 The lighthouse, and keepers home, are in much need of repair. Back in 2002 Lighthouse Kids Incorporated was formed by a group of 7th graders at the North Hampton Elementary School. Their goal is to try to raise as much money as possible to help preserve the White Island Lighthouse Station.

Still, the 1859 lighthouse struggles and is in extremely poor condition as evidenced by these photos. 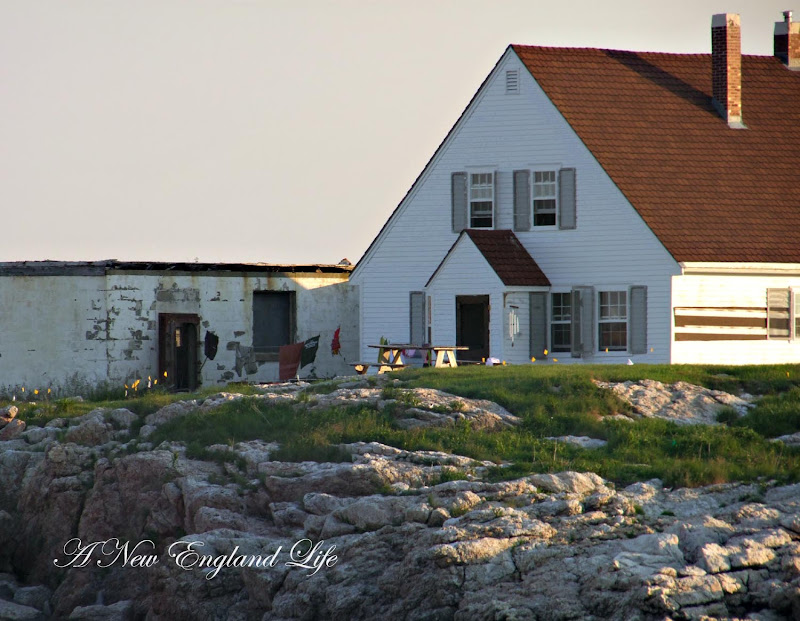 I'm not sure if someone is currently residing on the island but judging by the laundry on the line it does appear as though someone stays there now and then. 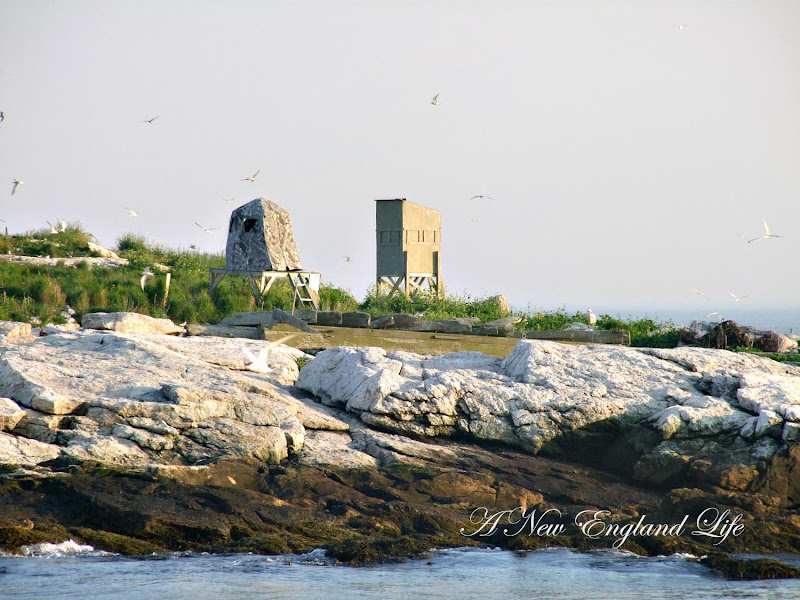 Since 1997 the White Island Tern Restoration Project has been ongoing.

The goals of the Tern Restoration Project are to protect, manage and enhance the breeding population of common (state endangered), roseate (state and federally endangered), and arctic terns (state threatened) on Seavey Island and protect the population on White Island. Efforts have been largely successful since the implementation of the program. In 2006, SML took on management of the Tern Restoration Project with support from the State of NH and NH Audubon. 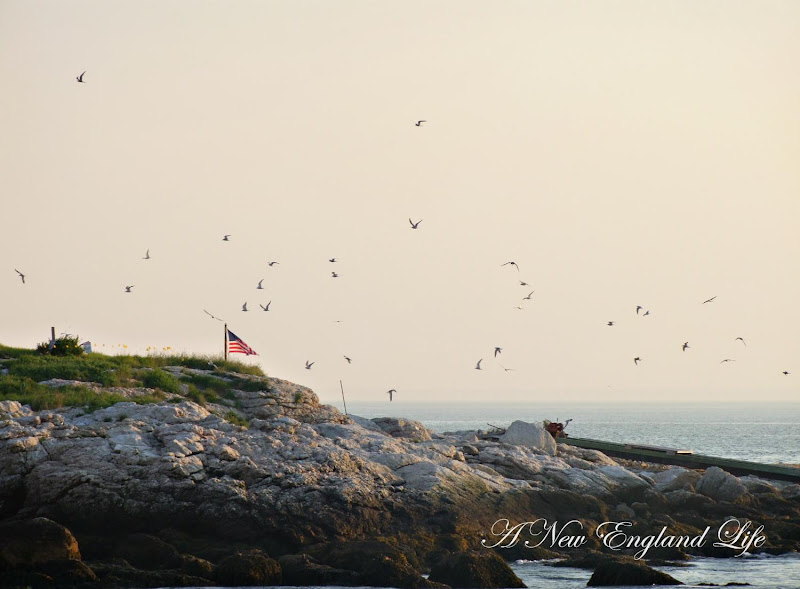 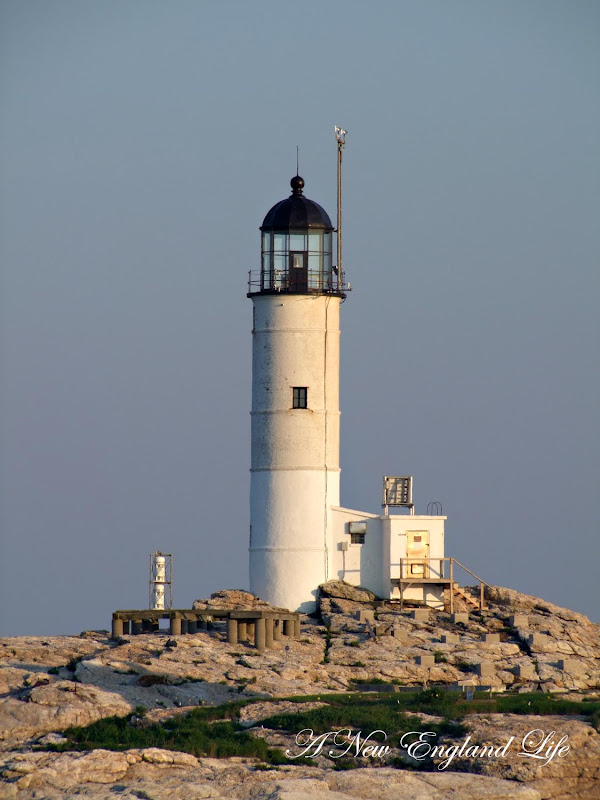 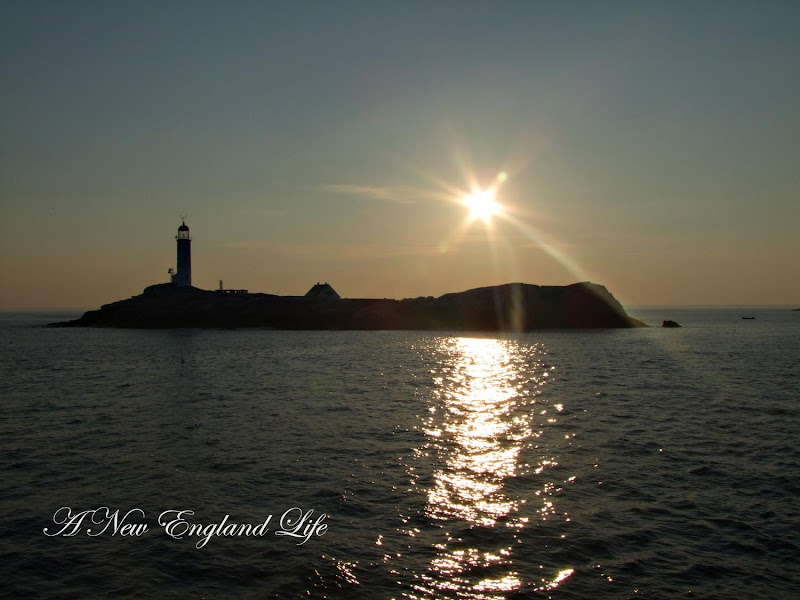 This photo was taken from the back side of the island looking towards the seacoast.

In the next post we'll see a bit of of Star Island.

Beautiful. Every time I visit here I remember that I need to visit the coast off New England. You have the best photo opps!

You blog is very good-looking, Sharon!

Seems sad to let such beauty go in disrepair although I'm sure it is expensive to restore. Thanks for the pictures!

Great photos! Can you imagine growing up on an Island and your father as a lighthouse keeper?! That would be so incredibly unique, but I bet the isolation is hard.

What a lovely cruise and as always your photos are amazing. A secret wish of mine was to live in a lighthouse. There is something so emotional about them . Sea Witch

So sad that nobody takes care of these beautiful buildings. Great pictures as always Sharon.
Have a nice day

Wonderful photos..need to get me some coastal time!

Absolutely stunning photos Sharon! One of only a few lighthouses in New England that I haven't seen. Love the last shoot!

It's parching out here in the desert and your beautiful photos are the perfect antidote. Thank you!

Such a lovely tour of the island and its lighthouse! Thank you!!

Oh, Sharon that first and last photo were extraordinary! I can hear the seagulls and feel the ocean spray...just beautiful. Thanks so much for going there and taking those breathtaking photos to share with us. I have got to go to your area and see it for myself someday!

Wow, so beautiful :) I particularly like the third photo ♥

It would be such a shame to see so many of these glorious structures go to ruin. I hope their fundraising drive is successful. Your photos are just stunning Sharon.

Beautiful shots Sharon. The last one, whoa! If I want a peaceful stroll near the water I come here :) I know you have heard it a gabillion times but you live in a gorgeous place.

Gena @ A Bluebonnet in Beantown said...

Gorgeous photos! The romance of the lighthouse, the rocky coast, the sun glimmering on the water. My four-year-old just looked over my shoulder and said admiringly, "Oh beautiful!"

Another delightful destination to add to my ever growing list. Thanks Sharon, beautiful photos.

First of all, love the new header!
My teagroup took one of the Isle of Shoals cruises and they loved it. I missed it but always wanted to go.

You did have a beautiful night! Looks like a wonderful time.

Gorgeous light, Sharon, especially in the first and last photos. Thanks so much for taking us along! :)

People do live on White Island - specifically the family who heads up the tern restoration project.

So darn beautiful. Romantic, too!