These photos were taken on a particularly foggy morning last June of 2009. My daughter and I had decided to go to the beach, early, and take a long walk. On our way home we stopped to walk on the rocks near some of the mansions. 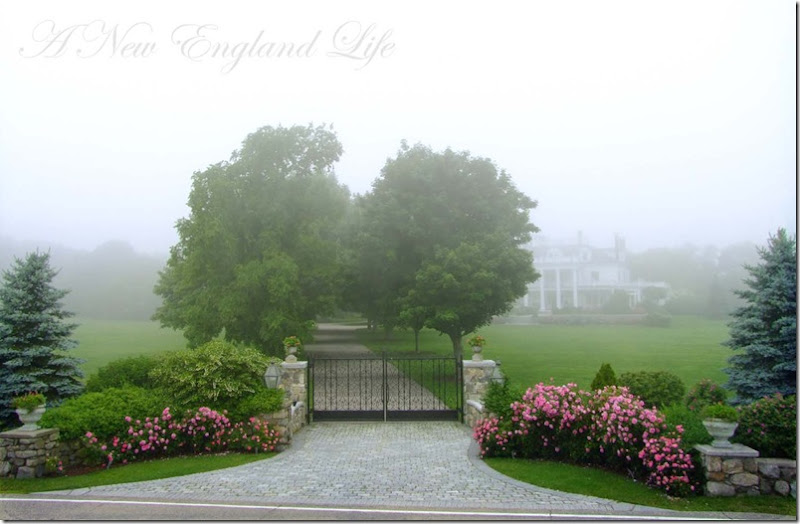 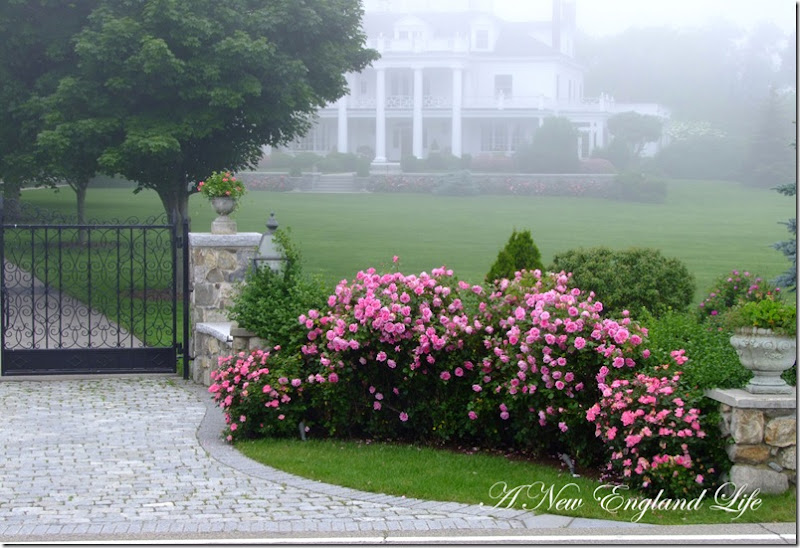 When I was a kid I had heard this was the Governors Mansion. Whether or not that’s true I don’t know, but from what someone else told me who lived nearby, I do believe it’s privately owned now. 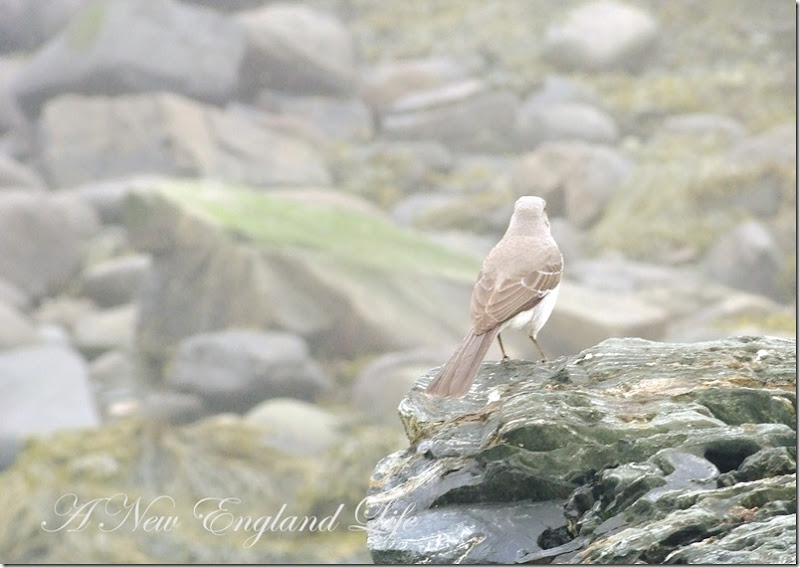 Just your average Mockingbird hanging out by the beach, singing up a storm! 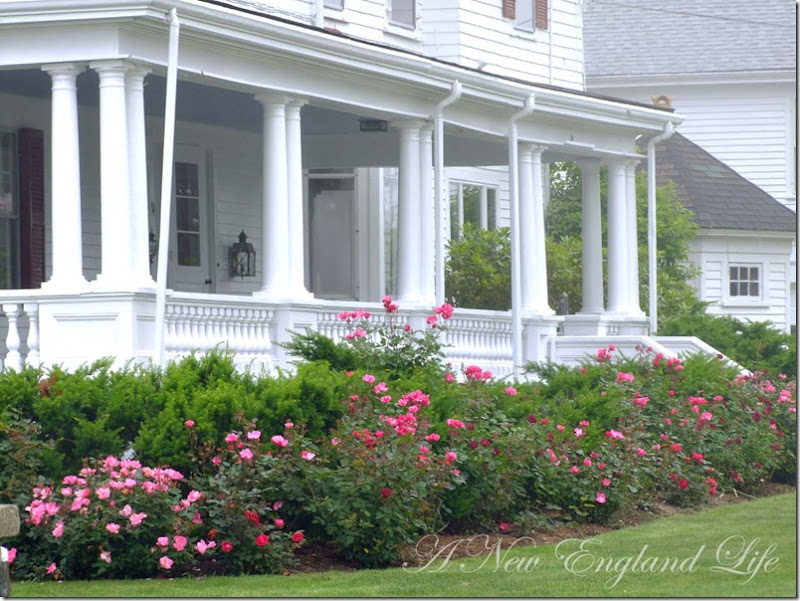 This home had a sign out in front for a Garden Tour from 10-3. It would have been nice to attend I but we were heading home and I really needed a shower. 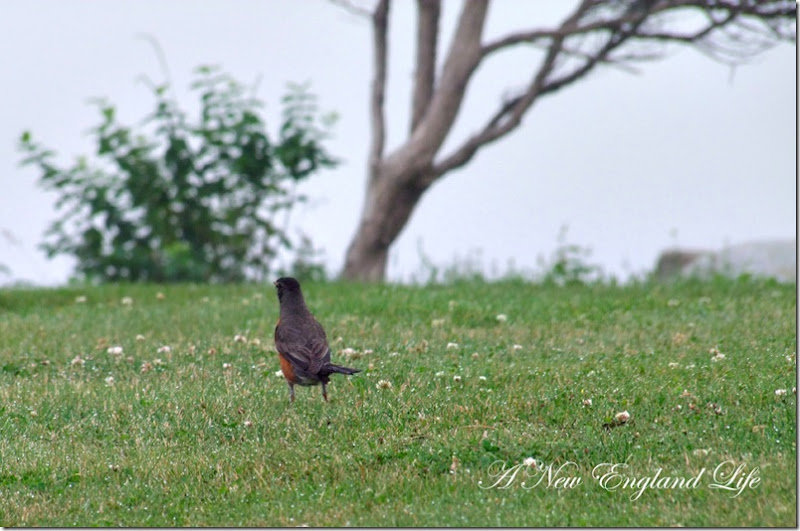 And of course I can never resist a Robin, no matter where I am. They’re such awesome birds with great character! 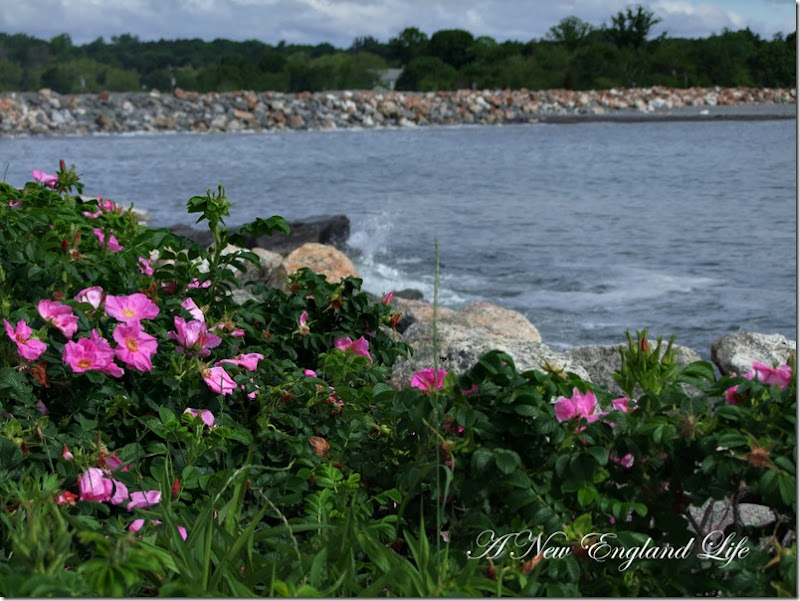 Though this wasn’t taken on the same morning my daughter and I were were at the beach, it was taken at the same spot. I couldn’t just leave you hanging without even one ocean view shot.

All in all, a great morning!

It looks like a wonderful walk. Thanks for the reminder to get out and enjoy the weather while it's still here.

What a gorgeous mansion! I can almost see the Southern belles with their hooped skirts and big hats!

Great pictures! That mansion is beautiful!

What a great place for a walk! I love the fog, too.

These pictures are absolutely gorgeous ♥

It's such a pretty mansion. Sort of an eeriness about it in the fog, almost a Southern quality to it.

What a beautiful place for a stroll. I'd just HAVE to go back sometime for that garden tour! :c)

I've just come across your blog and I love it - such great pictures. I'm an east-coaster (Nova Scotia, Canada) transplanted to the Prairies (Alberta, Canada) and miss the ocean, beaches, flora and fauna of the coast. I'll visit your blog often.

I loved the wrap-around porch on that one home! Glad you shared that beautiful ocean shot too! My 5 year wedding anniversary is this October and we are talking about visiting the east coast - I've always wanted to experience autumn there. I may have to ask you about what places you recommend visiting. I think Vermont is definitely on our list.

The mansion in the fog is just gorgeous!

what a beautiful place and yes, i can't resist a robin either

That home is SO gorgeous! I love the fog too!

Rye is really special. It's so pretty up there. I love that stretch with the mansions and I love all your moody shots.

Gorgeous! I've missed your lovely pictures and posts while I've been away. You're very talented and I love your pictures. I would buy them if you sold them!

I love the mysteriousness of the mansion in the fog. When I take photos of houses, I wonder if people think I'm casing the joint!

I love the shot of the mockingbird!

I love your pictures, I am originally from southern Quebec about half an hour from the Vermont border. My husband and I have spent a lot of time in the New England states. We love it there and miss it a lot. We live in Ontario, Canada now. We use to vacation in Hampton Beach and spent a lot of time in the White Mts. In fact my husbands Aunt lived in Bethleham NH.
I hope you will check out my blog, I will definitly be stopping by yours. Thanks for the memories.

Gorgeous photos! In the last shot, do you know what the pink flowers are? I photographed some last year in NH and haven't been able to identify them (I'm Australian - we don't have them here). They look like some kind of rose but with strange leaves?
Thanks :)

What beautiful photos! Love your blog!

I love walking in the fog!!

Hi Renae! Thank you for stopping by!